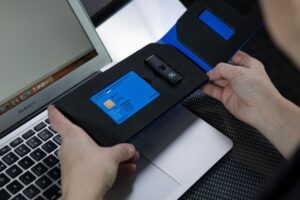 The Ministry of Digital Transformation of Ukraine has received 1,300 preliminary applications for e-resident status from different countries.
“Two weeks ago, we launched a project landing to an international audience. And we have already received 1,300 preliminary applications for e-resident status from different countries,” Deputy Prime Minister for Digital Transformation Mykhailo Fedorov wrote in his telegram channel.
According to him, the first country and the most successful example of launching an e-residency was Estonia, which in six years received more than 80,000 e-residents and plus EUR 54 million to the state budget.
“Inspired by the experience of foreign partners, we are creating a new product, thanks to which Ukraine has the potential to become the largest IT hub in Eastern and Central Europe. By the end of 2022, we expect 3,000 e-residents in Ukraine,” he said.
According to Fedorov, the project will annually replenish the Ukrainian state budget by $1.5 million.
As reported, the Verkhovna Rada of Ukraine at an extraordinary meeting on Tuesday adopted at the first reading Bill No. 5270 of March 18, 2021, introducing temporary (until December 31, 2022) features and rules of taxation of business activities of electronic resident entrepreneurs (e-residency).
286 MPs voted in favor of the bill.
The bill will allow foreigners and stateless persons who have received e-resident status to register as a person-entrepreneur, conduct business activities and pay taxes in Ukraine without the need to stay in Ukraine. 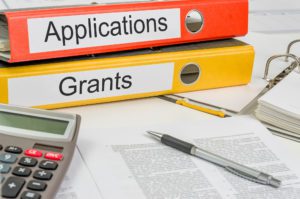 The Ukrainian Startup Fund will start accepting applications from startups in November 2019, and plans to hold a pitch event in December, member of the fund’s supervisory board Lesia Sevruk has told Interfax-Ukraine. “At present, a portal is being developed through which applications will be submitted. Accordingly, they are not yet available. Submitting applications through the portal is fundamental for us to minimize the subjective influence of the fund’s employees on the selection process. We plan to receive applications in November, and an event in December,” she said.
According to her, the fund’s supervisory board has approved the procedure for issuing grants and regulations on the commission and expert council.
“In the near future we will form a commission and an expert council,” Sevruk added.
As reported, the Ukrainian Startup Fund with a budget of UAH 400 million was launched in July 2019. The fund plans to give grants to startups at an early stage in the amount of $25,000 to $75,000. The fund announced the first five transactions by the end of 2019.