BEER PRODUCTION IN UKRAINE IS RECOVERING AFTER STRONG FALL IN MARCH 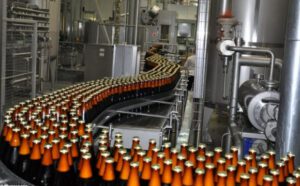 BEER PRODUCTION IN UKRAINE DECREASES BY 50% IN Q1 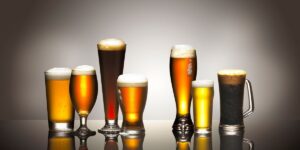 Obolon Corporation (Kyiv), one of the largest brewing companies in Ukraine, in January-September 2021 reduced its net profit by 87% compared to the nine months of 2020 – to UAH 48.64 million.According to the corporation’s report in the information disclosure system of the National Securities and Stock Market Commission, its revenue for the specified period increased by 6.3% – to UAH 4.68 billion, assets did not change significantly and amounted to UAH 5.88 billion, and retained earnings halved – to UAH 167.84 million.According to the report, on July 22, 2020 Obolon sold 100% of the corporate rights of Rokytne Glass Factory (Rokytne village, Rivne region) in favor of Water Word LLC (Lutsk) and a resident individual, the transaction amounted to UAH 53.22 million.According to the unified state register of legal entities and individual entrepreneurs, the ultimate beneficiary of Obolon is Ukrainian businessman and ex-MP Oleksandr Slobodian.Obolon Corporation produces beer, soft and low alcohol drinks, mineral water, snacks, and is the country’s largest exporter of beer.It includes the main plant in Kyiv and nine enterprises in the regions of the country. 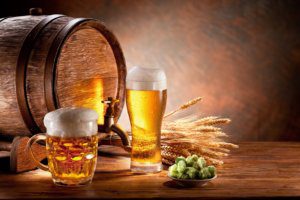 The Ukrainian beer market has stopped falling and stabilized first in the nine years, Carlsberg Ukraine Director General Yevhen Shevchenko has said.
“According to our internal assessment, the Ukrainian beer market for the first time in nine years has stopped its decline and stabilized. The facilities of Carlsberg Ukraine are not loaded in full, so we focus not only on the beer market, but also on the development of cider and non-alcoholic portfolio – kvass and other drinks,” he told Interfax-Ukraine.
At the same time, the general director said that the company’s production capacities are sufficient for all categories of goods.
Shevchenko said that there has been a trend towards the growth of premium and super-premium segments in the past three years, but still about 70% of the market is occupied by medium- and low-price segments of beer.
“Carlsberg plans to develop all brands of the portfolio, meeting the demand. This year the company has already managed to launch two new products: Robert Doms Golden Ale and Lvivske Kneippa Zhyve, and also offered Kronenbourg 1664 Blanc in a new format – matte can of 0.33 liter,” the general director said, adding that “the company will be limited to the release of only these products in 2018.” 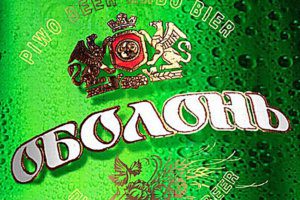 Private joint-stock company Obolon (Kyiv), a large beer and soft drinks producer in Ukraine, saw UAH 288.78 million of net profit in 2017 compared with UAH 219.4 million of net loss a year ago. According to a company report on holding the general meeting of its shareholders scheduled for April 26, its assets last year grew by 7.5%, to UAH 5.737 billion.
Undistributed profit totaled some UAH 381.1 million at the end of 2017, which is 3.5-fold more than a year ago.
Noncurrent liabilities soared 4.9-fold last year, to UAH 2.058 billion, while current liabilities fell by 47.4%, to UAH 1.737 billion. Total bills receivable grew 1.8-fold, to UAH 1.246 billion.
Obolon Corporation produces beer, soft drinks, mineral water and snacks, and is the country’s largest exporter of beer.
The corporation consists of the main plant in Kyiv and nine companies in the regions. Its main brands are Obolon, Carling, Zlata Praha, Bitburger, Hike Premium, Zibert, Desant, Zhigulevskoye, Yachminny Kolos, Zhivchik and Prozora. The corporation also produces the low alcohol drinks Rio, Gin-Tonic, Cherry Whiskey, Rum Cola, Brandy Cola and Ciber.