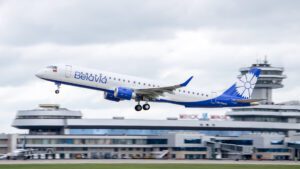 The Belarusian air carrier Belavia has extended the suspension of all of its flights to Ukraine until September 30, 2021, in line with a similar decision adopted by Ukraine, the Belavia press service told Interfax.
“The Ukrainian side informed us of the extension of its ban on Belavia flights until September 30, 2021. This is their official position. Consequently, the suspension of all fights to Ukraine has also been extended. We can’t say at this point how the situation will unfold in the future,” the press service said.
As reported, due to the Ukrainian authorities’ ban on Belavia’s flights, the Belarusian air carrier had to cancel its flights to Ukraine between May 26 and August 25 of this year.
European Union member states, Ukraine and some other countries prohibited Belarusian airlines from passing through their airspace in late May due to the Ryanair flight landing incident in Minsk. Thus, Belavia has lost access to more than two-thirds of passenger destination countries after it was banned from using the airspace of a number of countries. 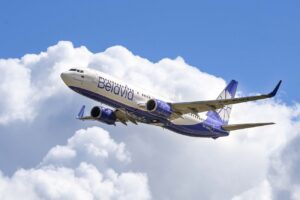 The Belarusian airline Belavia has cancelled all flights to Ukraine until August 25, 2021, Belavia said in a statement on its website.
“Due to the ban of the Ukrainian authorities on Belavia flights, the airline is forced to cancel flights to/from Kyiv, Lviv, Odesa, and Kharkiv from May 26 to August 25, 2021,” Belavia said.
On May 25, night flights to Kyiv and Odesa were also canceled, it said.
“Passengers who purchased tickets on the indicated dates will be able to refund their full price without penalties or change the date of departure during the validity period of the ticket,” the airline said.
Ukraine suspended air traffic with Belarus on May 26.
A Ryanair flight from Athens to Vilnius was forced to land at the Minsk airport while passing through Belarus’ airspace on May 23.
On President Alexander Lukashenko’s orders, Belarus scrambled a MiG-29 fighter jet to accompany it. The Ryanair plane was carrying Raman Pratasevich, former editor-in-chief of Nexta and editor of Belarus Golovnogo Mozga (Belarus of the Brain), Telegram channels that are both designated as extremist in Belarus, and his companion, Sofia Sapega, a Russian citizen and a student of European Humanities University in Vilnius. Both were detained by the Belarusian authorities.
The European Union and the United States have condemned the forced landing of the Ryanair plane in Minsk, demanding that Pratasevich be released.
Minsk, in turn, said that an email message about a bomb allegedly planted on the Ryanair plane en route from Athens to Vilnius had been signed by “Hamas soldiers.” 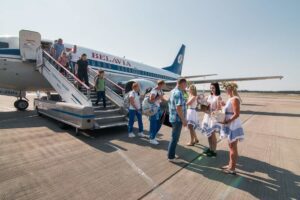 As of the end of May 2021, direct flights to and from Belarus to Ukraine are operated by Motor Sich (Ukraine) and Belavia (Belarus) airlines.
According to the data of the State Air Traffic Services Enterprise (UkSATSE), Belavia in 2020 was the third in terms of the number of flights operated in Ukraine’s airspace (10,644 flights) after the Turkish Türk Hava Yolları (14,623 flights) and Ukraine International Airlines (14,406 flights).
Belavia flies from Minsk to Kyiv, Lviv, Kharkiv, Zaporizhia, Odesa and Kherson.
Motor Sich operates flights on the Minsk-Zaporizhia route twice a week.

BELAVIA INCREASES NUMBER OF FLIGHTS BETWEEN KHARKIV AND MINSK 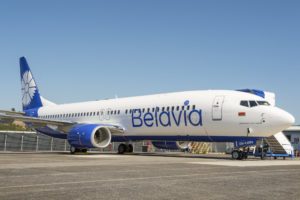 Belarusian Belavia airline from April 30, 2020 will increase the frequency of direct flights from/to Kharkiv to/from Minsk from five to seven a week.
According to a posting on the Facebook page of the Kharkiv airport, if flights between cities are currently operated on Mondays, Tuesdays, Wednesdays, Fridays and Saturdays, then from April 30 they will be operated daily. Flight time is 1 hour and 12 minutes.
The cost of a one-way ticket excluding baggage starts from $80.