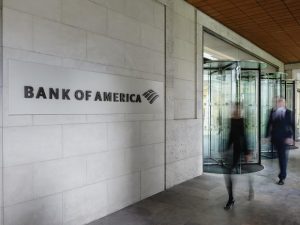 Analysts at BofA Securities, which expected the Ukrainian economy to fall by 6.8% in 2020, lowered their forecast to 5.2%, while the forecast for the country’s economic recovery in 2021 fell to 4.5% versus the previous forecast of 6.5%.
The weaker-than-expected economic downturn in 2020 also diminishes the base effect for a 2021 recovery, despite the current strong momentum for a recovery in consumer demand, as well as a record low borrowing cost since the 2020 easing cycle, BofA Securities said in a review issued on November 24.
A sustained recovery in consumer activity amid an extremely strong base effect could push inflation above the 5% ± 1 pp target range in the second-third quarters of 2021, which, according to analysts, could force the NBU to raise the key policy rate by about 100 bp in the second half of the coming year.
At the same time, it is predicted that the key policy rate may return to a decline in 2022, as soon as inflationary pressures stabilize.
According to the analysts, in 2021, Ukraine is likely to receive another one or two tranches under the IMF program, including the deferred tranche of 2020. An important condition for them is the restoration and stabilization of anti-corruption institutions, including a possible complete reshuffle in the Constitutional Court, which may take several more months.
According to the review, the attractive yield on Ukrainian government bonds is noted, while the exchange rate remains the main problem for offshore investors.
The analysts said that Ukraine has decent upside potential, dependent on the hryvnia, which is now largely undervalued, but they noted that domestic politics remains a key risk.