INDIAN VACCINE TO ARRIVE AT BORYSPIL AIRPORT ON FEB 23 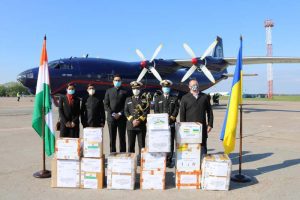 The Indian vaccine Covishield, the delivery of which to Ukraine was negotiated by Minister of Health Maksym Stepanov, will arrive at Boryspil airport in the morning of February 23, Deputy Head of the President’s Office of Ukraine Kyrylo Tymoshenko has said.
“Tomorrow morning the vaccine will arrive. This is information from the Ministry of Health and information from a logistics company. In the morning tomorrow the plane will be in Boryspil. This is the first batch that will be next. The next delivery is within a week or ten days, as I understand it,” Tymoshenko said in the Svoboda Slova (Freedom of Speech) program on the ICTV television channel on the evening of Monday, February 22.
He also said “the controversies that were in different studios can already be finished,” answering the question of the presenter “What is the optimism of the deputy head of the President’s Office based on that the vaccine will really arrive, given that the supplies of AstroZeneca and Phizer, which should to be in Ukraine on February 15 and 16, are they delaying?”
According to Tymoshenko, as soon as the plane arrives, the first batch of vaccine will be delivered to a logistics warehouse, from which it will be delivered to some regions on the same day, and then the first stage of vaccination with mobile groups starts. As reported, doctors who work with patients with coronavirus (COVID-19) will be the first to be vaccinated. 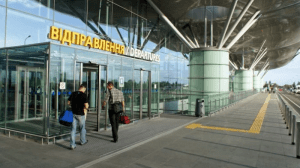 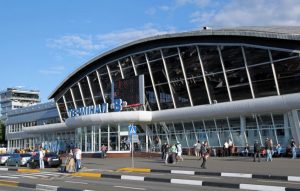 The European Investment Bank (EIB) will allocate EUR 270 million to the state-owned enterprise Boryspil International Airport for the implementation of an investment plan to improve infrastructure and expand capacity.

According to a posting on the bank’s website, the board of directors approved the project on December 16 this year.

The EIB document states that the total cost of this project is approximately EUR 351 million, but other sources of co-financing are not specified.

According to the financial institution, this operation is covered by the EU guarantee for EIB loans outside the EU, and the organizer of the work must ensure that any procurement procedures are carried out in accordance with the EIB procurement guidelines and EU public procurement rules.

“Major works include the rehabilitation of the western airfield system, including the western runway (18R-36L), which has been operating for more than 50 years and is in poor condition, the associated parallel taxiway, the airfield ground lighting and the instrument landing systems, plus a range of other associated airside infrastructure works,” the bank said on its website.

As reported, earlier the Ministry of Infrastructure offered the EBRD to participate in financing the Boryspil airport investment plan. 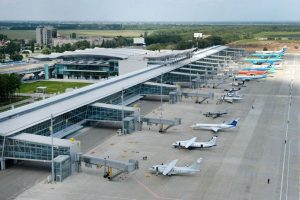 The Cabinet of Ministers of Ukraine at a Wednesday meeting approved a concept for development of the Boryspil international airport until 2045, with investment of UR 3.4 billion and the increase in passenger flow to 53.9 million passengers a year (today 12 million passengers a year).
As noted in the airport’s development concept, which Interfax-Ukraine has, the airport should provide services in 2019 to 14.4 million passengers, in 2030 to 27.7 million passengers, in 2040 to 44.3 million passengers and in 2045 to about 53.9 million passengers.
It also planned that additional land parcels of about 600 hectares will be allocated for the development of airport infrastructure at the expense of land owned or used by individuals or legal entities.
For the delivery of cargoes, the construction of a separate road to the industrial and technical zone on the south side of the airport and the possibility of building an underground railway to the airport’s central terminal are envisaged.
Boryspil International Airport is the main airport of Ukraine, occupying a total area of about 1,000 ha. The airport has two runways: one with a length of 4,000 meters and a width of 60 meters, and the second with a length of 3,500 meters and a width of 63 meters. Four passenger terminals, postal and cargo handling complexes are located on the territory of the airport. 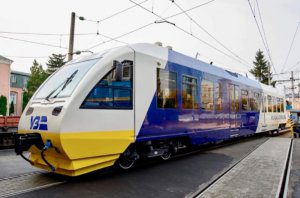 JSC Ukrzaliznytsia plans to reconstruct a railway stations located in Vydubychi and integrate the new platform for the railway express train running from the Kyiv Pasazhyrsky station through Darnytsia to Boryspil International Airport.
“The Kyiv Boryspil Express stop on Vydubychi will appear this year after the reconstruction of the railway station,” acting Board Chairman of Ukrzaliznytsia Yevhen Kravtsov said on the company’s website.
The company has set itself the task of creating a single logistic space by integrating the Vydubychi railway station with the subway and bus station, for which it is planned to build a new high platform for stopping the Kyiv Boryspil Express train, equip crossings, reconstruct two existing platforms and build a shed over them.
“Pre-design works are underway and three options for the reconstruction of this transport hub are being considered, where various types of transport will be integrated. The optimal one will be chosen in the near future,” Kravtsov said.
He also said that all reconstruction options imply high standards of security and modern elements of logistics, including for people with limited mobility.