CASHLESS PAYMENTS IN UKRAINE GROW TO 55.5% 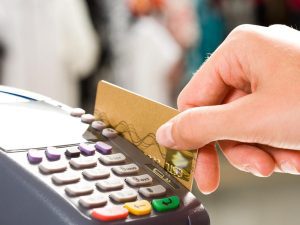 The volume of non-cash payments in May grew to 55.5% of all operations from 50.3% in January 2020, and their number grew to 87% from 82.4%, the press service of the National Bank of Ukraine (NBU) reported on its Facebook page to Friday.
“During the quarantine, non-cash payments proved their safety and convenience. Therefore, the choice of Ukrainians in favor of cashless payments is obvious,” the press service of the central bank said.
At the regulator will publish statistics on the state of the card market on a monthly basis, due to the fact that since the beginning of the year, banks began to provide the regulator with statistical information with appropriate reporting intervals. 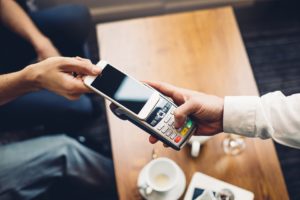 The European Business Association (EBA) predicts growth in the share of cashless payments of the total volume of payments to 17-20% in 2019 from 12-15% as of late 2018, the association has said in a press release. “This can be favored by the appearance of new technologies on the market that are interesting and convenient for consumers, for example, Apple Pay, Google Pay and others. In addition, the list of points where it is possible to pay using noncash – transport, cultural events, markets and shops – is expanding,” the EBA said.
“Certainly, we want a payment revolution now. One does not need cash to go anywhere and one could pay with a card everywhere, and also to have the card tied to the owner’s fingerprint. However, there are conditions and rates of market development,” said Coordinator of the EBA Electronic Payments Committee Ievgenii Veremiichenko said.
At the same time, in 2019, the business expects the introduction of several new services, among which is the issuance of cash through the POS terminals at the checkout counter of an outlet, the EBA said.
According to its experts, this service will solve the problem of underdeveloped banking infrastructure and provide consumers with access to funds in accounts where there are no bank branches.
The legislative basis for launching this service has been created, market players are making final adjustments and are preparing to start providing this service in the near future, the EBA said.
Along with this, the market expects currency exchange transactions in a cashless form via the Internet banking, which, as the association said, will be available in February. 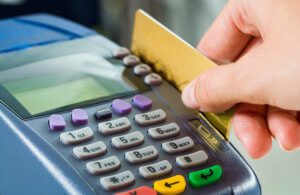 The share of cashless payments using cards increased from 38.4% in Q1 2017 to 44.4% in Q1 2018, the National Bank of Ukraine (NBU) has reported on its website.
The volume of cashless transactions in Internet using mobile banking applications and e-commerce grew by 66.5%, to UAH 272.571 billion, and the number of these transactions by 34.1%, to 673 million.
The central bank said that payments in the Internet had the lion’s share of total cashless transactions – 35.9% (40.7% of the total number of transactions). The share of transactions in retail chains was 29.6% (50.6%), that for transactions to transfer money from one card to another – 26.9% (6.7%) and that for transactions using self-service machines (SSMs) – 8% (2%).
Ukrainians carried out 193 million transactions to withdraw cash for UAH 341.513 billion in Q1 2018.
The NBU said that the total number of payment cards over the period grew by 3.12%, to 59.9 million, including 34.762 million actively used cards (at least one transaction in the past three months).
As of January 1, 2018, a total of 77 banks members of the card payment systems worked in Ukraine (eight less than a year ago).