RADIATION LEVELS IN CHORNOBYL EXCLUSION ZONE IS WITHIN NORM 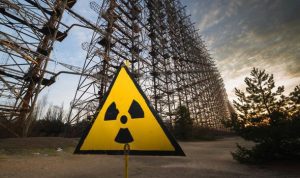 Radiation levels on the territory of the Chornobyl exclusion zone, in Kyiv region and in Kyiv are within the norm, the State Emergency Service of Ukraine has said.
“Radiation levels in the city of Kyiv, in Kyiv region, and in the exclusion zone are within natural background levels,” Director of the State Emergency Service’s Emergency Response Department Volodymyr Demchuk said during an online briefing on Monday.
One of four fire beds has been contained in the Chornobyl zone as of this morning, Demchuk said.
“The most difficult fire bed is located near the village of Rudky, where all possible measures are being taken to prevent the fire from spreading to the territory of the Republic of Belarus,” he said.
The other two fire beds in the exclusion zone, near the village of Rosokhach and Kryva Hora, pose no threat to the forests and other territories in the exclusion zone, Demchuk said.
“The Confinement facility, the spent nuclear fuel storage facility and the other facilities of the state agency managing the exclusion zone are functioning normally, he said.
The Ukrainian State Emergency Service is maintaining contact with the Belarusian Emergency Situations Ministry as concerns joint firefighting measures, Demchuk said. 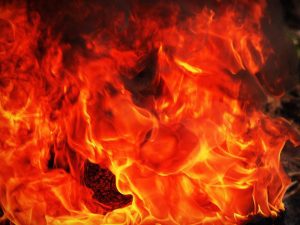 The fire beds near the resettled towns of Prypyat and Chornobyl in the exclusion zone of the Chornobyl nuclear power plant have been extinguished, there is no smoldering now, said speaker of the Main Directorate of the State Emergency Situations Service in Kyiv region Viktoriya Ruban.
“Indeed, there were fire beds near Prypyat and Chornobyl, but everything was localized, extinguished and at the moment there is not even smoldering there,” she said on the Ukraine 24 TV on Wednesday.
Spokesperson of the regional department of State Emergency Service added that the houses of the settlers, who live in the exclusion zone, have not been damaged following the fire.
According to her, the fire really came closer to the villages where people lived, but these houses have been saved. 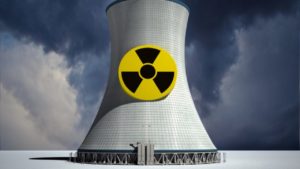 The Kyivstar mobile communications operator has connected Chornobyl (Kyiv region) and the complex of buildings on the territory of Chornobyl Nuclear Power Plant (NPP, the Shelter facility) to the 4G high-speed Internet network. The operator said on Monday that in the near future, 4G communications will be turned on at the main checkpoint at the entrance to the Chornobyl zone in the village of Dytiatky.
To date, the 4G communication network from Kyivstar operates in 6,795 cities and towns, with 29 million people living in them (70% of the country’s population).
The 4G high-speed mobile Internet has already been used by 7.250 million subscribers. In just a year, the number of such subscribers has quadrupled compared to August 2018. 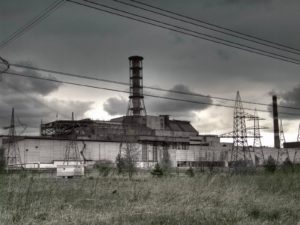 Water routes in the exclusion zone are open for the visitors and comply with all safety standards, said Head of the State Agency for Management of the Exclusion Zone of Ukraine Vitaliy Petruk following a conciliation meeting in Chornobyl and running along one of the recently approved water routes.
“Water routes in the exclusion zone are ready to host the visitors and meet all safety standards. The checkpoints are ready, dosimetric control and escort are provided,” a press service quotes Petruk as saying on Friday.
According to the information, in order to visit the exclusion zone along this route, one need to fill out an application, and the organizer of the visit must provide visitors with water transport.
Pursuant to a presidential decree No. 512/2019 “On certain issues of the development of territories affected by radioactive contamination as a result of the Chornobyl disaster”, the agency approved water routes for visiting the exclusion zone, which provide for movement along the Prypyat and Uzh rivers.

Chornobyl nuclear power plant has officially received a new safe confinement (NSC) for subsequent commissioning from Novarka.
According to an Interfax-Ukraine correspondent, the handover ceremony took place at Chornobyl nuclear power plant with the participation of Ukrainian President Volodymyr Zelensky on July 10.
Upon completion of the transfer process, the plant will receive a license and proceed to operating the confinement complex and dismantling unstable structures of the Shelter facility.
“To implement this stage, additional financial resources are needed, first of all, from Ukraine,” the State Agency of Ukraine on Exclusion Zone Management said.
Earlier on July 10 Senior External Affairs Advisor at the European Bank for Reconstruction and Development (EBRD) Anton Usov wrote on Facebook that “22 years after the Chornobyl Shelter Fund was set up, the new safe confinement has now been launched and handed over to Ukraine.”
The international community raised EUR1.5 billion for the project, Usov said. The EBRD invested over EUR700 million. The confinement will serve at least 100 years and help solve the problem of removing the ‘sarcophagus’ over reactor No. 4, he said.
The construction of the NSC over the old Shelter began in 2012 following massive preparations on the site. The project was carried out by Novarka Consortium.
Due to the massive size of the NSC it had to be built in two parts, which were erected and successfully joined in 2015. Inside the NSC arc is a crane for removing the existing old Shelter Structure, or ‘sarcophagus,’ and the remainder of reactor No. 4.
The NSC has a service life of 100 years and cost EUR1.5 billion to build.
Pre-installation work and individual and comprehensive tests on its equipment and technological systems were carried out at the plant’s industrial site in March. In late April, the NSC was put into trial operation. It will run experimentally for no more than a year, after which, depending on its performance, it will receive the relevant license and proceed to full operation and the removal of the old Shelter. 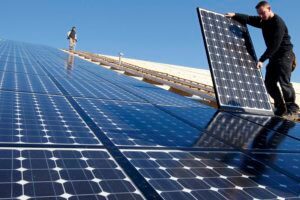 The State Property Fund of Ukraine (SPF) has announced a tender to lease part of the engineering facilities of the coolant system of facilities of the Chornobyl nuclear power plant (NPP) on the area of 2.5 million square meters for construction of a solar power plant, First Deputy SPF Head Dmytro Parfenenko has said.
“We are accepting bids from May 10 through May 20 inclusively… The tender will be held on May 29,” he wrote on his Facebook page.
The starting price will be the largest sum proposed by the bidders (no lower than UAH 14,170 a month (VAT not included).
The condition for participating in the tender is experience in building and operating solar power plants with a capacity of at least 50 MW.
The site for placing the plant will be leased for 49 years. The capacity of the facility could reach 100 MW, according to the fund’s calculations.
As reported, earlier the Enerparc AG – Rodina Energy Group consortium built a pilot solar power plant with a capacity of 1 MW near the Chornobyl NPP.