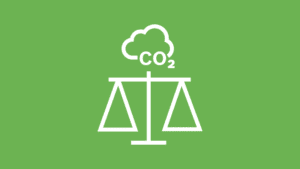 The European Union has invited the Ukrainian government to determine specific targets for achieving climate neutrality by 2050, 10 years ahead of schedule.
“The EU welcomes the submission of an updated NDC with increased ambition and encouraged Ukraine to continue developing concrete milestones to achieve Ukraine’s climate neutrality by 2050 and to align its sectoral strategies with that objective,” a press release by the EU Delegation to Ukraine, following the second meeting of the working group within the framework of the dialogue on Green Deal between Ukraine and the EU, reads.
The EU reiterated the need for Ukraine to pursue reforms, and strengthen administrative capacities to implement the commitments of enhanced NDC and possibly achieve additional emission reductions.
“The EU underlined the need for rapid adoption, implementation and enforcement of Ukraine’s key environmental legislation (Waste management, Industrial Emissions, Environmental Control, Emerald network) and of the National Forest management Strategy,” the message says.
Deputy Director General NEAR and Head of the Support Group for Ukraine (SGUA) Katarína Mathernová signalled EU’s readiness to support further Ukrainian efforts, including through financial assistance, for setting up a robust Ukrainian climate governance based on long-term climate neutrality objectives which would guide policies and the “whole-of-the-economy” green transition.
As reported, in accordance with NDC, Ukraine should reduce greenhouse gas emissions by 65% of the 1990 level by 2030, and achieve climate neutrality by 2060. Such goals were set and approved by the Cabinet of Ministers decree of July 30, 2021.