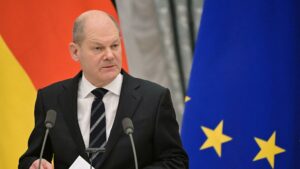 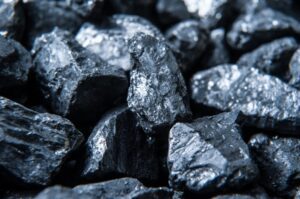 After the first test deliveries of coal to Poland in the amount of 50,000 tonnes, DTEK Energy Holding is considering the possibility of ensuring regular export of energy resources, taking into account the problems of logistics in the conditions of war, Dmytro Sakharuk, the Executive Director of DTEK, said.
“We made the first test shipments of coal to Poland. This is a small amount – 50,000 tonnes. Unfortunately, there are very big difficulties in terms of logistics, because the railway infrastructure in both Ukraine and Poland is not designed for such a volume of movement of goods. As well as ports in Poland – Gdansk and Gdynia. Therefore, there are test deliveries, but there no large volumes, as it could be done via the sea, Pivdenny port, for example,” Sakharuk said in a commentary to the Energy Reform portal.
At the same time, he assured that the company is considering the possibilities and continues to work out ways to supply coal to Poland.
“Coal from other sources is critical for Poland to replace the volume of deliveries from Russia that were banned. It would be very good if Ukraine would lend a shoulder to Poland, which helps us a lot and would help the Poles survive the rejection of Russian coal,” he said.
According to his calculations, in times of seasonal coal surplus, the energy holding could ship approximately 100,000-150,000 tonnes per month to Poland – the volume that remains after providing its thermal power plants and other consumers.
“This will not ensure full diversification of supplies, but it will be our contribution to the fact that our Polish friends will receive assistance. It is suitable in terms of quality. You just need to learn how to quickly and smoothly deliver it to Poland,” DTEK’s top manager emphasized.
At the same time, he drew attention to the fact that the supply of coal from Ukraine by rail is a faster and more economical alternative for the Poles compared to sea supplies. 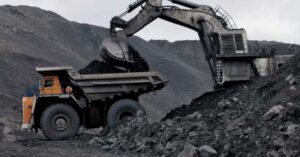 PM OF UKRAINE: WE LEFT HEATING SEASON WITH 9 BLN CUBIC METERS OF GAS AND 1 MLN TONS OF COAL 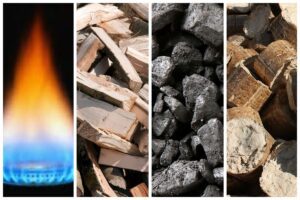 AUSTRALIA TO PROVIDE UKRAINE WITH 70,000 TONNES OF COAL 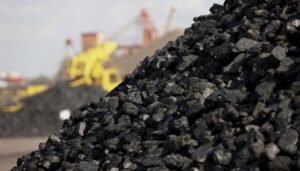 Australia will provide Ukraine, at the request of the Ukrainian government, with at least 70,000 tonnes of thermal coal to strengthen energy security, according to the Facebook page of the Ministry of Energy of Ukraine.
“Australia is recognized internationally as a leading and reliable supplier of energy resources. We thank our Australian partners for helping Ukraine at this difficult time, when our state is resisting an illegal and brutal military invasion by Russia,” Ukrainian Energy Minister Herman Haluschenko said.
As noted in the message, the Australian government has worked with enterprises of the country’s coal industry to accumulate coal volumes, which will be the country’s contribution to providing Ukrainian consumers with reliable electricity. The cost of coal and its delivery will be covered by the Australian government.
Australia’s Whitehaven Coal will arrange the appropriate shipment. Now, along the government line, together with the Ukrainian side, the issue of prompt delivery is being worked out, the Ministry of Energy said. 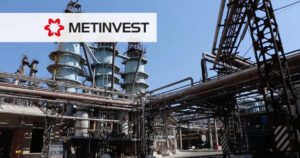 Ukraine’s largest producer of coking coal, PrJSC Pokrovske Coal, intends to increase production of coking coal by 2024 and process it into coal concentrate by 4.1 million tonnes, Kostiantyn Vialy, director of the coal directorate at the managing company of Metinvest Group, said.
According to him, 2021 was not an easy and difficult year for the company, however, it was possible to achieve fairly high production volumes.
“Albeit not at the level that was planned. We have something to be proud of and, we can say that we managed to create a reliable guarantee of success and stability in the future. Last year we passed a very good investment program for 2022. We are planning a powerful mining upgrade – mine equipment for sinkers. At the end of February, we expect the delivery of two Chinese-made combines. We plan to purchase two more combines at the end of the year. As for the overhaul, one combine has already been received, two more are ready to be sent to the plant,” Vialy said in an interview with a corporate publication.
At the same time, he expressed the hope that a certain breakthrough in the pace of mining will be achieved this year, which will make it possible to significantly increase the “cleaning front” and production volumes in the future.
At the same time, he added that the first suspended battery locomotive is being tested in the mine today – compared to diesel, it does not produce noise and exhaust gases. In the future, it is planned to gradually update the mine transport. This requires considerable investments, but if you look at the issue taking into account the prospects, they will definitely pay off – if not today, then tomorrow.
Answering a question about the problem with personnel, he noted that the shortage of personnel is a problem of the entire labor market, which has been observed for many years.
Speaking about the future of the company, the director stressed that the vision is positive and successful.
“With the support of Metinvest, we are developing production, building new blocks, improving labor safety, the professional level of our employees. Our plans are large-scale. It is important for us to provide intra-group assets that are part of Metinvest with our coal. We plan to reach the peak of mine workings in 2024, which will increase production and produce concentrate in the amount of 4.1 million tonnes,” the head of the coal directorate said.