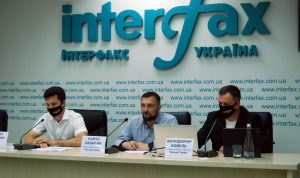 Changes to the registration of vehicles, initiated by the Interior Ministry of Ukraine, which, in particular, prohibit the registration of cars with salvage titles imported from abroad, will create problems for companies involved in this business, will make it impossible for Ukrainians to buy such cars with a clear history at reasonable prices and also entail losses of the national budget in the amount of at least $327 million, according to Columb Trade company.
“Now more than 90% of cars with salvage titles come to Ukraine with such documents (marked for recycling), but in fact they have minor damage (lighting, bumpers, wings) and after restoration pass certification in authorized bodies. The proposed changes may replace the functionality of certification bodies, while citizens are deprived of the opportunity to purchase a car with a clear history of origin,” Roman Voloshin, a lawyer of the company, said at a press conference at Interfax-Ukraine.
He emphasized that in general the draft resolution, posted on the website of the Interior Ministry for discussion, contains many positive norms that will simplify the process of registration (re-registration of a car), however, two provisions on the prohibition of registration of cars with salvage titles, as well as on the need for mandatory translation of accompanying documents to the official language with an apostille will create chaos in the market, will entail additional costs for buyers and budget losses.
“Only the requirement of compulsory apostille, according to our calculations, will lead to additional costs for buyers of $200-300,” Voloshin said.
According to the calculations cited by Columb Trade co-founder Volodymyr Kovel, about 36,800 people who want to buy a car from abroad can suffer from such innovations (registration ban).
“The transit of a car from the United States takes three months, and the average monthly supply is 10,000 cars. Now 30,000 cars are in transit. Even minor repairs, taking into account certification and registration, take about a month. Respectively, there will be 40,000 such cars, not yet registered, of which 92% with the status of to be recycled, that is, 36,800 cars,” Kovel said.
He considers it incorrect to take into account the status of recycling, which the United States accept for itself, since there it is done by the method of financial accounting of the residual value of a car, while the damage can be minor and in Ukraine they can be repaired for $2,500-3,000.
Kovel stressed that these restrictions will not force Ukrainians to refuse buying cars from abroad, and they will be forced to buy the same cars from the United States, for example, in Georgia or Latvia, where this business has long been established, but then they will serve the orders of Ukrainians and get receipts from customs clearance and other fees going to the budget of their countries. As a result, the car will cost a Ukrainian almost $3,000 more, taking into account the extension of the logistics chain, the need to bring cars from neighboring countries and other expenses.