PRIVATBANK WILL LEND FOR PURCHASE OF AGRICULTURAL, COMMERCIAL EQUIPMENT FOR UAH 500 MLN 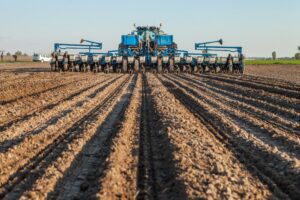 State-controlled PrivatBank (Kyiv) on May 9 began accepting applications for financing the purchase of fixed assets for a total amount of UAH 500 million, which include agricultural machinery, commercial vehicles and special equipment.
The launch of the corresponding program was announced in a press release from the financial institution.
The bank also announced the completion on May 13 of the Agroseason lending program for agricultural producers, carried out to finance the 2022 sowing campaign under the state program 5-7-9% with interest compensation.
It is specified that over 2,400 Ukrainian agricultural enterprises and farmers have already received loans for UAH 6 billion.
PrivatBank clarified that the Cabinet of Ministers of Ukraine by resolution No. 28 set the deadline for issuing loans for the sowing campaign until May 31, 2022. Since the bank is currently processing more than 2,000 loan applications, it will limit the acceptance of applications on May 13 in order to have time to process those already received before the deadline set by the government.
The financial institution recalled that under the terms of the state program, lending was available to Ukrainian agricultural producers for a period of six months with compensation from the state up to 0% per annum in the amount of up to UAH 60 million.
As reported, Ukrainian banking institutions for the period from mid-March to May 5 provided loans to farmers under the state program to support the sowing campaign in 2022 for a total of UAH 19.82 billion, including loans and portfolio guarantees for the week of April 28-May 5 for UAH 4.87 billion.