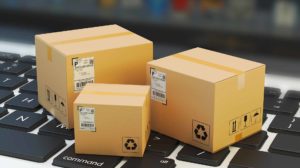 The State Fiscal Service of Ukraine has reported about growth in customs violations by 51% in 2018 compared with 2017, to 48,900 cases of violation of customs rules for the amount of UAH 3.4 billion. The authority reported that the value of goods involved in rules violation cases doubled. In 5,400 cases of violation of customs rules the State Fiscal Service seized goods for UAH 914 million.
“The most common cases are the illegal movement of industrial goods across the customs border. During this period, goods worth UAH 568.6 million were seized for committing violations,” the authority said.
Including customs seized vehicles for UAH 149.9 million, food products for UAH 119.3 million and currency for UAH 76 million.
“According to the results of international cooperation in 2018, more than 712 cases of violation of customs regulations were initiated for the amount of UAH 686.5 million. In addition, during the international cooperation, non-payment of more than UAH 21.2 million of obligatory customs payments was established,” the fiscal service said.
The territorial divisions of the State Fiscal Service, based on the responses received, initiated 29 criminal proceedings, the authority said.