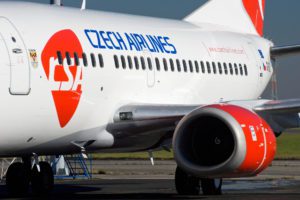 Czech Airlines (the Czech Republic) has resumed flights from Prague to Odesa from May 30, 2019, according to a posting on the Facebook page of the Odesa airport.
The flights will be operated up to four times a week. In particular, from Odesa from May 30 to June 17 the plane will depart on Tuesdays and Fridays, from June 18 to July 1 – also on Sundays, from July 2 – on Thursdays. Departure time is 5:00 local time.
From Prague, from May 30 to June 16, the flight will be operated on Mondays and Thursdays, from June 17 flights on Saturdays will also be added, and from July 1 – on Wednesdays. Departure time is 22:45 local time.
The cost of a one-way ticket starts from UAH 2,700.
Czech Airlines is the main airline of the Czech Republic and operates flights from Prague to the main destinations in Europe and Asia. 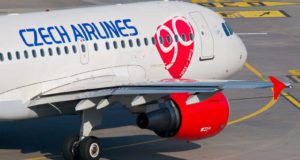 Czech Airlines (the Czech Republic) will resume flights on the route Prague-Odesa-Prague from May 30, 2019, according to the website of Odesa International Airport. According to the press service of the airport, from May 30 Czech Airlines flights from Prague to Odesa will be operated twice a week on Mondays and Thursdays. From June 17 a flight on Saturday will be added, and from July 1 on Wednesdays. The departure time is 22:45 local time. The travel time is 2 hours.
Aircraft from Odesa from May 30 will depart on Tuesdays and Fridays; from June 18 also on Sundays, and from July 2 on Thursdays. The departure time is 05:00 local time.
Czech Airlines is the flagship aircraft of the Czech Republic and operates flights from Prague in the main destinations in Europe and Asia.