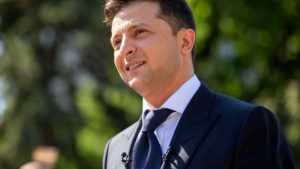 Ukrainian President Volodymyr Zelensky has dismissed 15 heads of regional state administrations, deputy head of the Presidential Administration Ruslan Riaboshapka has said.
“The first part of motions has arrived from the Cabinet of Ministers today for the dismissal of the heads of regional state administrations. So, governors have been dismissed in such regions as Chernihiv, Khmelnytsky, Kherson, Ternopil, Sumy, Poltava, Odesa, where the acting head has been suspended, as well as Mykolaiv, Lviv, Kirovohrad, Kyiv, Ivano-Frankivsk, Zaporizhia, Zakarpattia, and Volyn,” he said at a briefing on Tuesday outside the Presidential Administration’s building in Kyiv. 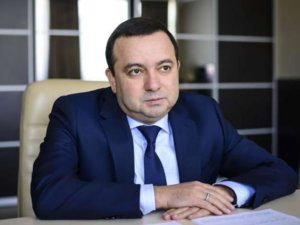