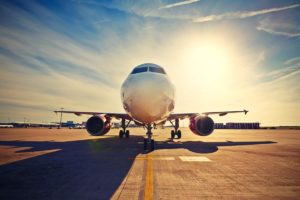 Kyiv International Airport (Zhuliany) has doubled its capacity due to the expansion of main Terminal A by another 9,500 square meters, to 23,700 square meters, co-owner of the airport Denys Kostrzhevsky has said, when opening the terminal.
According to him, the reconstruction of the terminal cost UAH 630 million.
He noted that the airport also doubled the number of check-in counters and passport control desks.
According to an Interfax-Ukraine correspondent, 23 registration desks and nine aviation security oversight stations are located on the ground floor of the new facility of the terminal. A new parking lot for 135 cars was built on the square near the airport.
Terminal A will include a Duty Free shop, a WOG cafe, three restaurants and several souvenir shops.
According to the expert, the airport plans to further expand the terminal.
“The project includes the third stage of construction on the other side of the terminal, which will allow doubling the area of Terminal A,” he said without specifying the start of construction.
In addition, according to him, it is planned in two or three years to begin work on the extension of the runway.
“Now we are engaged in the allocation of land plots and design. In two or three years we will decide on the extension of the runway,” the businessman said.
At the same time, he found it difficult to predict the terms during which the investments made in the second stage of construction would be paid back.