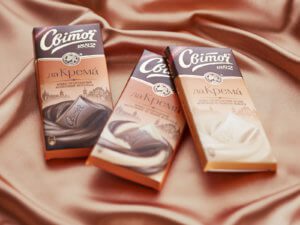 Public joint-stock company Svitoch Lviv confectionary factory under control of Nestle, a large confectionary producer in Ukraine, exported 1,328 tonnes of products in 2017, Operations Supervisor Ihor Savka has said.
“In 2017, we doubled exports compared with the previous year, to 1,328 tonnes,” he said at a press conference in Lviv last week.
He said that the company plans to boost exports. In 2018, Nestle seeks to increase production of Lion chocolate bars by 20% for these purposes.
Savka said that the largest volume of chocolate bars is exported to Brazil.
“Last year 400 tonnes of Lion bars were exported to Brazil,” Savka said.
In turn, Director for Corporate and Public Relations at Nestle in Ukraine Volodymyr Spivak said that the key importer of Svitoch products is Hungary, as well as Poland and Germany.
Savka said that the plant plans to invest UAH 95 million in 2018 compared with UAH 31 million in 2017 and UAH 149 million in 2016.
Nestle owns 96.96% of shares in Svitoch.