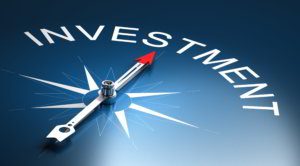 Myronivsky Hliboproduct (MHP) is ready to invest EUR 76 million in the partial restoration of Doux Group suffering economic difficulties, the press service of the agricultural holding has told Interfax-Ukraine.
According to the press service, at present the French chicken producer LDC and the Ukrainian agroholding MHP are simultaneously negotiating the purchase of the French food processing company Doux.
MHP said it had submitted a “mandatory offer for the partial restoration” of Doux. In particular, the holding proposes to invest EUR76 million in the construction of a new plant in Chateaulin (France) within two years and modernize other facilities.
In addition, MHP is ready to change the strategy, in particular, to abandon production of frozen products for exports, replacing them with fresh ones for the French market.
As reported, MHP on March 9, 2018 filed documents to the industry restructuring committee of France (Comité Interministériel de Restructuration Industrielle) for the restoration of Doux Group suffering economic difficulties. MHP estimates the amount of required investments to restore the group at EUR 150 million, while requiring that at least EUR70 million be compensated at the expense of state subsidies.