DTEK ENERGY ASKED HOLDERS OF EUROBONDS WORTH $1.645 BILLION TO DEFER PAYMENT OF PART OF COUPONS 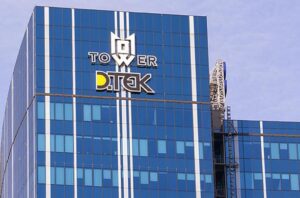 The energy holding DTEK Energo asked the holders of its Eurobonds for $1.645 billion maturing in 2027 to agree to the payment of the next two coupons for the first and second quarters of this year at a rate of 3.5% per annum, with a capitalization of the remaining 4% at a rate of 8.5% per annum and paid later.
According to the company’s announcement on the London Stock Exchange, DTEK Energo expects a response from the holders by 16:00 London time on April 8.
In case of a positive answer, half of the coupon due on March 31 will be paid the next day after the approval of the Eurobond holders’ consent, and half of the coupon on June 30 – on the same day, June 30.
Earlier in March, the agricultural holding MHP, the largest producer of chicken meat in Ukraine, had already approached holders of three issues of its Eurobonds worth $1.4 billion and creditor banks worth $126 million with a proposal to defer interest payments for 270 days due to the war launched by Russia against Ukraine. MHP received a positive response from its creditors ahead of schedule.
“The revision of the conditions for making coupon payments to holders of DTEK Energy’s Eurobonds was caused by a significant deterioration in the company’s financial performance in March 2022 amid the war with the Russian Federation (…) This is an expected step during the war in Ukraine,” Interfax-Ukraine was previously explained “The company needs this step.
In the latest exchange announcement, DTEK Energy indicated that due to the war unleashed by Russia, it faced a number of serious problems and disruptions, including, among other things, a reduction in domestic demand for electricity and a decrease in its prices (up to UAH 1,800–2,000 per MWh ). In addition, exports were stopped until March 28, and after the resumption they go only to Poland and are limited to 200 MW per day, the collection of payments has significantly decreased, critical repairs and mandatory fixed costs have increased as a result of the damage incurred, and there is also a shortage of personnel and logistics. support.
The company added that on February 25, it lost control over the Luhanska TPP, and the Zaporizhzhya TPP, due to the impossibility of delivering coal reserves to it due to damage and disruptions in the operation of the railway infrastructure, operates only one unit. During March, DTEK Energy was able to operate on average only 9 to 13 units of its thermal power plants with a total capacity of only about 1,500 MW, and, accordingly, its electricity production fell by about 30% compared to March 2021, the report specifies.
As a result, the group posted negative operating cash flow for March 2022 and expects this to continue through at least the second quarter of 2022.
DTEK Energy also allows for the postponing of the publication of its audited consolidated financial statements for 2021, given the scale of disruptions in the group’s business and operating environment and the need to provide additional time for auditors to analyze conditions in Ukraine and their impact.
Earlier, when addressing creditors, the company emphasized that it had already taken a number of measures to mitigate the consequences and to rationalize operations and cash flows. Among them, in particular, the constant balancing of the necessary efficient production based on the ratio of fixed and variable costs and the collection of payments; negotiations with the regulator and other government agencies to maintain a proper business environment; minimizing capex and optimizing administrative costs.
“(…) in the current circumstances, the proposals are in the interests of the company, its creditors and all interested parties (…). DTEK Energy is confident in the understanding and support of the international investment community, which is extremely important so that it can firmly and unitedly fight for the integrity freedom and security of independent Ukraine,” the company noted on March 31, when it first announced its intention to capitalize and defer the payment of half of the next two coupons.
DTEK Energy is an operating company responsible for coal mining and electricity generation from coal within Rinat Akhmetov’s DTEK holding. 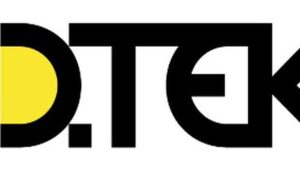 Pavlohradvuhillia and Bilozerska mines, which are part of DTEK Energy, produced 15.2 million tonnes of coal in January-November 2021, which corresponds to the same production volume for the same period in 2020, the press service reported.
In November 2021, production amounted to about 1.5 million tonnes against 1.3 million tonnes in November 2020 (excluding Dobropilliavuhillia, already returned from lease).
DTEK Energy commissioned 28 new longwalls at its mines in 11 months, in November – five.
“DTEK Energy continues to produce maximum coal at its own mines. This is very important for the stability of the Ukrainian energy system during peak periods of consumption. In November, we produced about 1.5 million tonnes of G grade coal and put into operation five new longwalls. Also, the Dniprovske and Heroiv Kosmosu mine administrations have fulfilled the annual production plan ahead of schedule and continue to increase it to the maximum,” CEO of the company Ildar Saleev said.
As reported, DTEK Energy plans to ensure the production of about 17 million tonnes of coal in 2021.
DTEK Energy is an operating company responsible for coal extraction and enrichment, maintenance of mine equipment and power generation in the structure of DTEK Holding of Rinat Akhmetov. 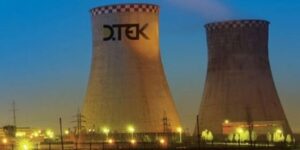 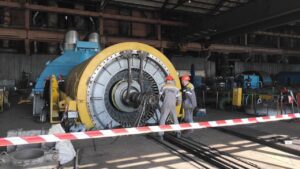 Over the nine months of 2021, DTEK Energy has allocated almost UAH 1.7 billion for the repair campaign of thermal power plant (TPP) units, station equipment, buildings and structures, the company’s press service said.
According to its data, power engineers have implemented 23 out of 28 planned (including additional) repairs of power units of thermal power plants this year. In particular, 82% of the planned volume of the repair campaign has been completed. The work was carried out at the blocks of Kryvy Rih, Prydniprovska, Zaporizhia, Kurakhove, Luhansk, Burshtyn, Dobrotvirska and Ladyzhin TPPs.
Five unit repairs are underway at Zaporizhia, Kurakhove, Luhansk, Dobrotvirska and Ladyzhin TPPs. By the end of the year, it is planned to implement one more scheduled repair of power units at Burshtyn TPP.
“The task of each participant in the energy market is to do everything in his power to prepare for winter. DTEK Energy’s maneuver capacities have repeatedly supported the Ukrainian energy system, operating at maximum and smoothing out peak periods of electricity consumption. This is especially important during the heating season. Despite the difficult situation on the market, we are investing in the repair of equipment at thermal power plants in order to minimize any interruptions in operation and ensure the stable operation of TPPs, and with them the entire energy system,” CEO of the company Ildar Saleev said. 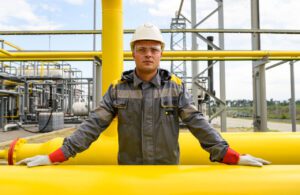 DTEK Energy received a net loss of UAH 327 million in January-March 2021, which is almost 23 times better than in the first quarter of 2020 and is mainly due to the strengthening of the hryvnia exchange rate.
According to the company’s report, positive exchange rate differences in January-March this year amounted to UAH 793 million against negative UAH 6.163 billion in January-March last year.
The company’s revenue for the reporting period increased by 12.8%, to UAH 14.42 billion.
The company explained that its growth was mainly due to an increase in the volume of electricity supply by 44% compared to the first quarter of 2020, when artificial restrictions for producers were in force.