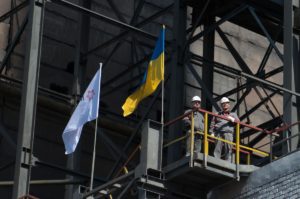 Metinvest B.V. (the Netherlands), the parent company of the international vertically integrated mining and metallurgical group Metinvest, has become a member of the Dutch Association of Metallurgical Industry (VNMI). According to a press release from the company, the trade association of Dutch producers of raw materials, semi-finished goods and finished steel products VNMI was established in 2000, uniting more than 80% of the players in the steel industry in the Netherlands.
The association represents Dutch steelworkers in European business associations in The Hague and Brussels. VNMI focuses on four areas: health and safety, energy and climate, sustainability and corporate social responsibility, trade and innovation.
It is noted that Metinvest Group has been developing these areas since its creation. The company supports global initiatives and participates in international environmental projects. In 2010, Metinvest joined the UN Global Compact.