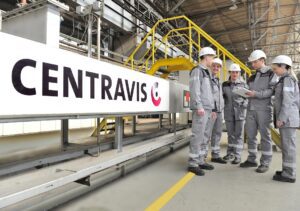 PrJSC Centravis Production Ukraine, part of Centravis Ltd., has launched several large-scale programs for the environmental modernization of the enterprise with a total investment of more than UAH 140 million.
According to the company’s press release on Wednesday, the projects include a comprehensive reconstruction of the chemical pipe treatment section, the construction of a reagent treatment system for acid wastewater, as well as the transition to autonomous modular boiler houses.
At the same time, it is noted that care for the environment is part of the Centravis evolutionary path. In this regard, the company has developed and is actively implementing a number of environmental programs that will help reduce the impact on the environment.
One of Centravis’s goals is to eliminate the use of energy-consuming alkaline melt by radically changing the technology of chemical processing of seamless pipes. To this end, the company has entered into a contract for the supply of a new dipping tank, which will allow the introduction of an innovative technology for the chemical treatment of pipes in the near future. The installation of the new tank is scheduled for the first half of 2021.
Also, within the framework of this program, a comprehensive reconstruction of the entire chemical processing section of pipes will be carried out, including a complete repair of the ventilation system. The cost of the entire complex of measures within the framework of this project will amount to more than UAH 70 million.
Another equally important environmental program is the construction of a reagent acid wastewater treatment system. It is planned that the system will be built by 2022, and the project cost will be more than UAH 45 million.
In addition, in 2021, Centravis will switch to autonomous modular boiler houses and abandon the centralized supply of steam and heating, which will make production more energy efficient. At the same time, the company will reduce carbon dioxide emissions by 140 tonnes per month. The expected cost of the project for the construction of modular boiler houses is about UAH 25 million.
“We will be able to complete the bulk of the work under the eco-program by the end of 2021. Centravis will continue to actively invest in environmental programs, since caring for the environment and the health of our employees will remain our focus in a long-term strategy based on an evolutionary path,” the press service said, citing Head of Purchasing at Centravis Tetiana Omelchenko.
Centravis is one of the world’s largest manufacturers of seamless stainless steel pipes, founded in 2000. Its production facilities are located in Nikopol (Dnipropetrovsk region). It is included in the top ten world players. The company employs over 1,400 people. 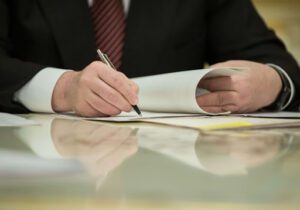