STATE ENTERPRISE UKRSPYRT GETS LICENSE FOR PRODUCTION OF ETHYL ALCOHOL 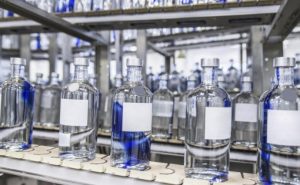 State Enterprise Ukrspyrt has received another license for production of ethyl alcohol non-denatured for five years, until January 10, 2025, from the State Tax Service
“Our state-owned enterprise received, probably, the last license in its history for production of alcohol. It is issued for five years. After the successful completion of privatization, such licenses in Ukraine will be received by private distilleries. In the meantime, we are competing in the market with other state-owned factories, which, after demonopolization on July 1, are also fighting for buyers in the market,” acting director of Ukrspyrt Serhiy Bleskun said.
The issued license for production of ethyl alcohol will be valid until January 10, 2025. Over the next five years, Ukrspyrt can produce all types of non-denatured ethyl alcohol: rectified (food) raw ethyl alcohol, ethyl alcohol.