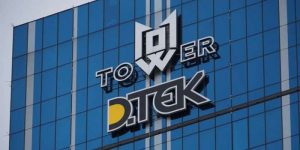 DTEK Energy has agreed on the terms of restructuring eurobonds and the major bank debt with the committees of creditors-holders of eurobonds and banks, the group’s press service has said.
The company notes that the completion of restructuring will ensure the stable operation of the company in the long term, flexible debt service mechanics, taking into account financial forecasts and an unstable external conjuncture.
DTEK’s Strategy and Finance Director Oleh Tymkiv, whose comment is given in the report, indicated that DTEK was building the negotiation process “as a reliable partner fulfilling its obligations.”
“This allowed to maintain constructive relations and balance the company’s loan servicing capabilities and continue its development,” he stressed.
According to him, during the negotiation process, DTEK was able to make sure that the creditors fully understand the consequences of the crisis caused by the COVID-19 pandemic, both on the country’s economy and on the energy industry.
“This was reflected in their balanced constructive position, aimed primarily at finding a compromise solution. As a result, we managed to reach the best conditions for both sides of the new agreement,” Tymkiv summed up.

KERNEL GETS BIDS FOR PURCHASE OF 2022 EUROBONDS 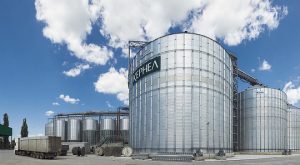 Ukrainian agricultural holding Kernel, which announced about a buyout of 2022 eurobonds for up to $350 million on October 5, received applications for a total sum of $285.89 million by the term of early deadline and decided to satisfy all of them, according to the company’s report on the exchange on Tuesday, October 20.
These debut eurobonds of the agricultural holding were issued in January 2017 for five years for $500 million at 8.875% with a coupon of 8.75%. The purchase price was set at 105.625%.
At the same time, Kernel announced issuing eurobonds in the amount of approximately $300-350 million for a period of five or seven years. The organizers of the issue are JPMorgan, Credit Agricole и Natixis.
“The purpose of the tender offer is to proactively manage and lengthen the structure of the group’s debt by maturity by refinancing part of the bonds with new bonds with a longer maturity,” the report says.
The company confirmed that the early settlement is October 29. The deadline for accepting applications for exchange is November 2, however, after the early deadline, the settlement price is 102.625%. The final settlement date is November 5.
The redeemable Kernel eurobonds at the end of the day on October 19 were quoted at the rate of 105.544% of the face value, which corresponded to profitability of about 4.229%.

UKRAINIAN METINVEST OFFERS BUYBACK OF 2021, 2023 EUROBONDS WORTH $290 MLN AT EXPENSE OF NEW EUROBONDS 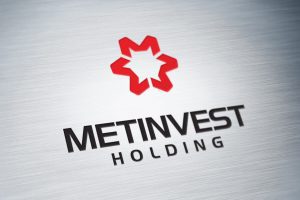 Metinvest, the largest Ukrainian mining and metallurgical holding, has offered the buyback of its eurobonds maturing in 2021 and 2023 for a total amount of up to $ 290 million, in particular through the issue of new eurobonds.
The purpose of the offer is to proactively manage and extend the maturity of the issuer’s debt, and leverage favorable market conditions to refinance bonds to provide a more stable and long-term capital structure with a lower refinancing risk, the company said on the website of the Irish Stock Exchange.
Metinvest reminds that its 2021 eurobonds with a par value of $ 115.31 million and 2023 eurobonds with a par value of $ 504.52 million are in circulation. According to the proposal, the volume of redemption of 2023 eurobonds is limited by the condition to keep this issue in circulation in the amount of at least $ 300 million. In particular, it is indicated that if all 2021 eurobonds are submitted for redemption, the volume of redemption of 2023 eurobonds will amount to $ 164.25 million.
Metinvest also said that it had already received information from the holder of 2021 eurobonds for $ 80.8 million about the intention to make such a buyout. If this intention is confirmed, then for the general agreement on the operation of these securities, the participation of the holders of these bonds for about $ 5.7 million will be required.
According to the promulgated terms, 2021 eurobonds are redeemed at a price of 103% of the face value, 2023 eurobonds at 104.25% of the face value.
Redemption applications are accepted until September 28 inclusive. The earliest expected settlement date is October 1, the final one is October 16. 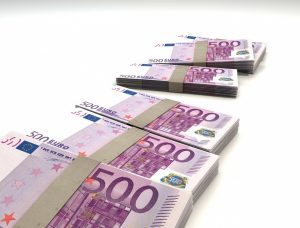 Final yield guidance for eurobonds maturing in 2033 being offered by Ukraine is approximately 7.3% per annum, a banking sector source told Interfax.Initial guidance was approximately 7.75%, then powered to approximately 7.3%.
The bid book is open with pricing expected later today. Goldman Sachs and JP Morgan are running the offering.

STATE-RUN UKREXIMBANK MULLING PURCHASE OF ITS EUROBONDS FROM MARKET 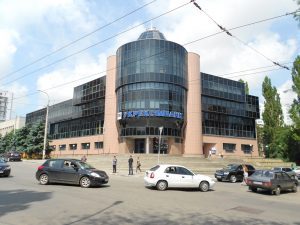 State-owned Ukreximbank (Kyiv) is considering a scenario to repurchase its eurobonds from the market with their replacement with cheaper and longer-term resources, chairman of the financial institution Yevhen Metsger has said.
“As one of the working scenarios, the repurchase of our eurobonds from the market is considered, the rate at which is about 10% in dollars, and replacing them with cheaper and longer-term resources from the International Monetary Fund, he said.
In addition, Metsger said that the bank is holding a dialogue on additional capitalization with the Finance Ministry as a representative of the owner and with the National Bank of Ukraine (NBU).
“Formally, the management will first discuss the situation and forecast of activities with the supervisory board, then ask it to apply for additional capitalization to the government. For the entire cycle, we assume that it will take us time until the end of the second quarter,” he said.
The chairman of the board of Ukreximbank said that the bank needs additional capital to enable it to develop.
He said that without additional capital, the bank will also not be able to provide the necessary support during a pandemic to a number of clients and key sectors of the economy.
“To rely on itself, make a profit, then invest it in net worth is a long way to go, given that the bank’s financial results for 2019 do not allow to reinvest profits in capital. Our former management declared over UAH 600 million of income. However, in reality, I am afraid that we will get a much more modest figure,” the banker said.
According to him, the bank now has quite negative dynamics in operating income, resulting in, there is no way to quickly accumulate financial results to cover one-time effects, and it will take time for the new management team to reproduce the working business model and reverse the trend.
https://ucap.io/ 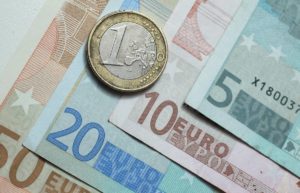 Ukraine has announced the issue of new 10 year eurobonds pegged to euros, the Finance Ministry has reported on its website.
“The new EUR-denominated Reg S/144A senior unsecured notes are offered with a bullet maturity of 10 years,” the ministry said on Wednesday.
FCA/ICMA stabilization applies, the ministry added.
In the middle of June 2019, Ukraine placed seven-year EUR 1 billion eurobonds at 6.75% per annum on the foreign loan market. This was the first sovereign issue of Ukrainian eurobonds in euros over the past 15 years. Demand for it exceeded supply six times.
The Finance Ministry previously announced plans to issue first 2020 eurobonds at the beginning of the year.