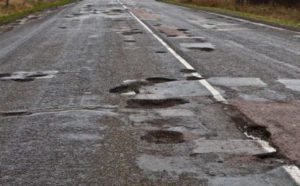 The European banks will provide EUR 900 million for overhaul of Kyiv-Odesa highway in Ukraine, said acting Chief of Ukravtodor Ukrainian Automobile Roads Agency Slawomir Nowak. “We managed to complete negotiations with the European banks, with EIB and BRD, and Ukraine will be granted the next 900 million euros for the overhaul of Kyiv-Odesa and assignment of an autobahn category to this road. From the next building season, they must begin repairs,” website of Hromadske media quotes Nowak as saying.
According to him, overhaul of Kyiv-Odesa highway will begin in 2020 and the highway is to become autoban after reconstruction. Three or four years needed for overhaul of this highway, Nowak said.
As reported, Nowak handed in resignation to Prime Minister of Ukraine Oleksiy Honcharuk following the termination of his three-year tenure.