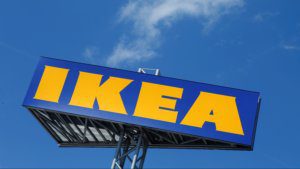 Swedish company IKEA, the world’s largest retailer of furniture and household goods, has officially announced a hiring campaign for its first store in Ukraine. “The recruitment of employees in Ukraine is the next step of IKEA in the process of realizing its intention to enter the Ukrainian market. The company is recruiting staff to work in a store in Kyiv, which will become one of the world’s first IKEA stores of a new format,” IKEA told the Kyiv-based Interfax-Ukraine news agency.
The company did not say where the first store will be located, but noted that it will have a city format. “More details about the city store in Kyiv, its location, assortment of goods and benefits the company will be given out in the near future,” the company said.
As earlier reported, Ukrainian job agencies announced vacancies at IKEA’s city store in Kyiv last week.
The report of the Swedish retailer for 2017 says that the company is testing a new city store format, one with a smaller area and closer to the city.
As was announced earlier, IKEA plans to open stores with an area of up to 5,000 square meters in Warsaw’s Blue City shopping and entertainment mall (Poland) and in the center of Paris (France). They will stock a smaller assortment of goods, with emphasis shifted to online commerce services. As reported, in December 2017, IKEA announced plans to open the first facility in Kyiv within two years.
According to the press service, the development of the network in Ukraine will be under the aegis of IKEA South-Eastern Europe, which is part of the IKEA Group (Ingka Holding B.V.). The company is engaged in retail business IKEA in Croatia, Serbia, Romania and Slovenia.
Swedish IKEA is one of the world’s largest retail chains for furniture and household goods. The owners of the IKEA Group are Ingka Holding B.V. and structures under its control.