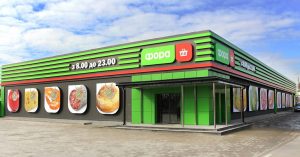 The Fora supermarket chain expects that in 2021 the number of orders from the chain’s retail outlets through delivery services will double in comparison with the results of 2020.
“We believe that delivery and express delivery from retail next year will double compared to this year. According to our vision of the market, the number of purchases with small and medium check will grow especially rapidly,” Director for Digital Technologies at Fora Yevhen Trishyn said at a briefing last week.
He also said that Fora has stores in Kyiv, which provides almost full coverage.
“We have several bricks-and-mortar stores in the center of Kyiv, where the turnover through Glovo reaches 10%. This is a very good, serious indicator after six months of working through one digital service. And we expect that the number of such stores will only grow,” Trishyn said.
According to General Manager of Glovo in Ukraine Dmytro Raskovsky, the service has already outstripped other delivery services from supermarkets in terms of the number of deliveries.
“According to our estimates, if we compare the number of deliveries from supermarkets in our country and that of any other player on the market, we are now number one. Most of the large retail chains are already working with us. Of the large chains, we now only lack ATB… We have also more coverage and more partners than any other delivery service,” Raskovsky said. 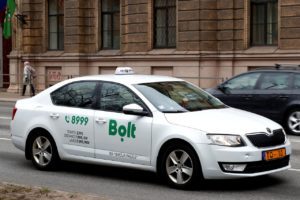 The Bolt taxi service (formerly Taxify) plans to launch a Bolt Food delivery service in Ukraine in 2020.
“The demand for food delivery in Ukraine is quite high. We see great potential and are working on launching a food delivery service in Ukraine in 2020,” a company’s press service quotes its regional manager in Ukraine Taras Potichny as saying.
According to him, the first Bolt Food service will start working in Tallinn. By the end of 2019, the service also may launch in Latvia, Lithuania, South Africa, and on other European and African markets in 2020.
As reported, Bolt plans to launch a scooter rental service in Ukraine and is mulling Kyiv, Lviv and Odesa as possible launch points.
In early March Taxify was renamed Bolt. 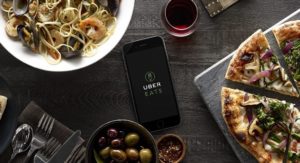 Uber has started testing the UberEats food delivery service from Kyiv-based restaurants, the company’s press service told Interfax-Ukraine.
“We’ve started testing Uber Eats in Kyiv. The announcement of the launch of the service will be made soon,” the company said.
At the end of 2018, Uber appointed the ex-CEO of the consulting company Civitta as the head of the UberEats service in Ukraine. Since the end of January 2019, it has actively been recruiting drivers and couriers to work with the UberEats service.
In particular, the largest partners of Uber in Ukraine say that income when working with UberEats could be UAH 11,000 for a walking courier, up to UAH 20,000 for a courier on a scooter or bicycle, and up to UAH 25,000 for drivers with their own car in case of cooperation with the company partner UberDRIVE. When working with Uberlin, income may reach UAH 10,000 without specifying the format.
As previously reported, the international delivery service Glovo, a Spanish start-up founded in Barcelona in 2015 as an on demand service that purchases, picks-up and delivers anything that is ordered through the app, was launched in Kyiv.
Uber in the summer of 2018 announced the launch of UberEats in Kyiv. Also, the company specified that they did not plan to start the work of this service in Ukrainian towns whose population is smaller than 500,000 people.