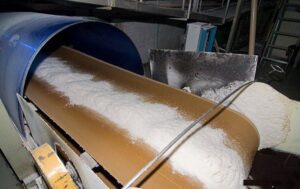 Sugar production in Ukraine as of December 17 amounted to 1.25 million tonnes (more by 110,000 tonnes for the period on December 3-17), in general, 8.87 million tonnes of sugar beet (more by 720,000 tonnes) were processed, according to the website of the Ukrtsukor National Association of Sugar Producers.
According to the data on the website of the Ministry of Agrarian Policy and Food, as of December 17, Ukrainian agrarians harvested 10.53 million tonnes of sugar beet (98.8% of the forecast) with a yield of 469.7 centners/ha.
Thus, at the moment, 84.2% of the sugar beet harvested in the current season has been processed.