The French concern Alstom is ready to increase the level of localization in the contract for the supply of electric locomotives to Ukraine, French Finance and Economy Minister Bruno Le Maire has said. “For example, with regard to the contract for the supply of electric locomotives, Alstom is ready to localize up to 35% of production and service in Ukraine. At the beginning of the discussion, Alstom planned to localize about 20% of production in Ukraine. We realized that this was not enough. This is a vivid evidence of our readiness to take into account the legitimate request of the Ukrainian authorities,” Le Maire said in an exclusive interview with Interfax-Ukraine.
He said that France fully understands the request of the President of Ukraine Volodymyr Zelensky, who wants French companies involved in contracts with Ukraine to locate a significant part of their production in Ukraine.
“This is a perfectly legal requirement, and we acted accordingly,” Le Maire said.
The Minister said that France has a long history with Ukraine, and he is determined to open a new chapter of this long journey from an economic point of view.
“There is a significant network of French companies in Ukraine: now there are 160 French companies in the country, employing 30,000 people. This makes French companies the leading international employers in Ukraine. We also want to strengthen our ties in very specific sectors: utilities with distribution of drinking water, energy, infrastructure and transport such as trains, healthcare and, of course, agriculture. In all these sectors, I think there are opportunities for deepening and expanding relations,” Le Maire said. 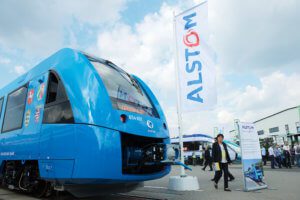