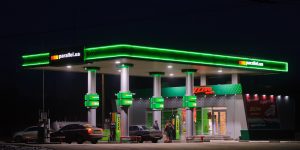 Rinat Akhmetov’s SCM Financial and Industrial Holding has sold its Parallel fuel filling station network, according to Encorr, an online industry publication citing sources.
According to the publication, the buyer was not an active player in the retail market, but either a wholesale trader or the owner of a small network wishing to develop this direction.
At the same time, the press service of SCM did not comment on the reliability of the report about the sale of their filling stations to the Interfax-Ukraine agency.
“We do not comment on rumors and assumptions about any deals,” SCM spokesman Yevhen Buzykin said.
Parallel sells its fuel at 60 fuel filling stations and gas stations in Dnipropetrovsk, Zaporizhia regions and the territory of Donetsk and Luhansk regions controlled by Ukraine.
Parallel-M LTD is controlled by Parallel Nafta Ltd., a subsidiary of Rinat Akhmetov’s SCM Group. 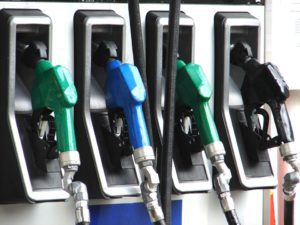 Prime Minister of Ukraine Oleksiy Honcharuk has reported that 1,399 illegal fuel stations have halted their operation, as a part of campaign on combating illegal patrol market. “In total, State Fiscal Service, National Police and Security Service of Ukraine carried 2,200 inspections. Information about 1,399 illegal fuel stations has been verified: 377 halted its operation, 316 were demounted or are absent according their location area, 243 were demounted for the reporting period, 463 registered license,” he wrote on Telegram on Friday.
According to the premier, 4,000 tonnes of fuel and lubricants worth UAH 93.4 million have been withdrawn, and equipment worth UAH 94.2 million has been withdrawn as well.
Previously Honcharuk charged the State Fiscal Service and law enforcement agencies with settlement of illegal fuel circulation by January 9, 2020. 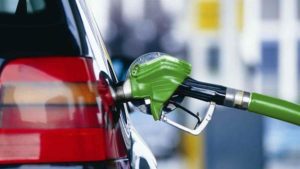 Fuel filling stations operated by Privat Group on December 24, after a meeting held on at the Office of the President of Ukraine on December 23, reduced the price of all fuel grades by UAH 1 per liter, Director of A-95 Consulting Group (Kyiv) Serhiy Kuyun has reported.
OKKO and WOG networks, in turn, reduced the prices by UAH 0.5/liter, AMIC network by UAH 0.7-0.8/liter.
“After yesterday’s meeting with the president, Privat reduced the price of all grades of fuel by UAH 1. Interestingly, is it for love or for convenience?) UPD OKKO, WOG reduced it by 50 kopecks, AMIC by 70-80 kopecks,” Kuyun wrote on Facebook page.
As reported, on December 23 President of Ukraine Volodymyr Zelensky held a meeting with representatives of companies participating in the fuel market, oil and gas production sectors and fuel filling station networks and discussed the issue of reducing fuel prices at Ukrainian fuel stations and withdrawing the market from “the shadow.”