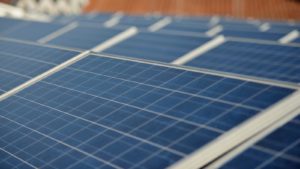 The Green for Growth Fund (GGF) will provide the Norwegian company Scatec Solar, represented by Scatec Solar ASA, with a loan of EUR 9 million for the construction of a 45 MW solar power plant near Bohuslav (Kyiv region).
According to a press release from GGF, this year this is the second major investment by the Norwegian company in the renewable energy fund in Ukraine. The first one was the project of the 250 MW wind farm Syvash (Kherson region).
In general, the fund’s investments in Ukraine amount to almost EUR63 million. This project will contribute to the country’s strategy to increase the share of renewable energy in its total supply to 25% by 2035, the fund said in a press release.
The Green for Growth Fund finances renewable energy projects aimed at reducing carbon dioxide emissions in 19 countries of South-Eastern Europe, the Caucasus, Ukraine, Moldova, the Middle East and North Africa.