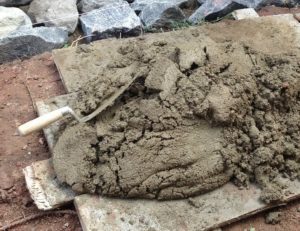 Henkel Bautechnik (Ukraine) plans to invest around EUR 400,000 in the modernization of plants in Vyshgorod (Kyiv region) and Balakliya (Kharkiv region).
“The automatic line will be modernized at the plants in Vyshgorod and Balakliya from May of the current year, resulting in increased effectiveness and safety. The quality of product packaging will also improve. The amount of investment is about EUR 400,000,” Director General of Henkel Bautechnik (Ukraine) Olha Stupina told Interfax-Ukraine.
According to her, the company’s turnover in 2018 amounted to UAH 2 billion, forecasts for 2019 are positive, growth is expected. The company has significantly increased its financial performance compared to 2014, despite the loss of a quarter of the sales market.
“We estimate the results of last year as good. For the second time, Ukraine became the best company in the world in the Henkel adhesive division by consolidated financial indicators. I believe that in the conditions in which Ukraine is located relative to other countries of Europe and the world, this is a very big achievement,” Stupina said.
The total production capacity of the four factories of Henkel Bautechnik (Ukraine) is about 600,000 tonnes of products per year.
In the market of water-dispersion paints with a volume of about 150,000 tonnes, the share of Henkel Bautechnik (Ukraine) is about 17%, the press service of the company said.