HALF OF UKRAINIANS HOPE FOR IMPROVEMENTS IN COUNTRY AFTER ELECTION –POLL 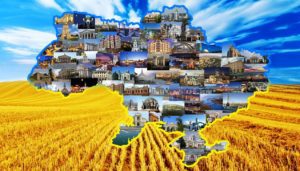 About half of Ukrainians are counting on an improvement in the situation in the country after the presidential election and believe that the new team of the head of state should be given at least a year to achieve positive results. According to results of a survey conducted by the Sociological Group Rating during the past two weeks of April, 48% of respondents expect an improvement in the situation in the country as a result of presidential elections. Some 25% have no hopes for changes, another 10% expect deterioration. Residents in Ukraine’s southern and eastern regions are the most optimistic, along with younger respondents and supporters of showman and presidential candidate Volodymyr Zelensky.
Half of respondents believe the new president’s team should be given at least a year to show positive results. Despite this, a quarter of respondents want their achievements to appear within six months, another 14% want to see them in three months and 8% are waiting for immediate changes. Among the young respondents, residents of southern and central Ukraine are slightly more than those who are willing to wait a year or more to see the achievements of the work of the future head of state.
Some 28% of respondents are convinced that this election rather united the country. At the same time, 24% believe that the split has intensified. A third of respondents say this presidential election neither split nor united Ukraine. Most of those who see consolidating processes are among Zelensky supporters (38%). Every fifth respondent sees the possibility of a split. But among Poroshenko supporters, one in three predicts division, compared to 17% who predict the country will unite.
Some 76% of respondents say this is normal when their family members, relatives or acquaintances support a different candidate. Despite this, 9% consider this situation to be a mistake, while noting that they will not try to influence the choice. An equal number say they will try to convince their loved ones to change their minds, mostly among Poroshenko’s supporters – 22%.
Sociological Group Rating conducted a survey of electoral attitudes of Ukrainians from April 12 to April 16, 2019 among Ukrainians who are 18 and older. The sample is representative by age, gender, region, and type of settlement. Some 3,000 persons took part via personal formal interview (face-to-face). The margin of error of the survey does not exceed 1.8%.