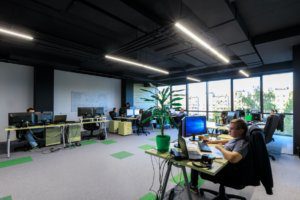 Horizon Capital managed fund has entered into a transaction to acquire a minority stake in Intellias, a leading IT services provider with operations in Ukraine, headquartered in Lviv. With this backing, Intellias will expand its operations in Eastern and Central Europe, the IT company said in a press release on Friday.
The size of the stake and other details of the deal are not disclosed.
“We are delighted to attract Horizon Capital’s backing as we broaden our delivery footprint in Ukraine and beyond. Intellias is among the fastest-growing IT Services providers with operations in Ukraine, having expanded from circa 150 employees in 2013 to over 1,100 now,” Co-founder and CEO at Intellias Vitaly Sedler said.
According to the report, to increase its client service capabilities, Intellias is expanding its delivery hubs beyond Lviv, Kyiv, and Odesa, with Kharkiv and Ivano-Frankivsk next in development, as well as locations in Central and Eastern Europe.
“We view this investment as marking a new chapter in our development, allowing us to raise the bar even further, to the benefit of our customers and employee,” Co-founder and Chairman of the Board at Intellias Michael Puzrakov said.
Intellias was founded in Lviv, in 2002 and by 2018 has evolved into a strong supplier of software development services, with a core delivery base in Ukraine. Intellias has been consistently ranking among the highest scoring IT Services employers in Ukraine and the fastest growing IT Services providers, having expanded in size over 10 times during the last six years.
Intellias was co-founded by Sedler and Puzrakov and continues to be founder-run.
Horizon Capital was established in 2006. It manages private equity funds Western NIS Enterprise Fund (WNISEF, established in 1994 with a capital of $150 million), Emerging Europe Growth Fund, L.P. (EEGF, established in 2006 with a capital of $132 million) and EEGF II (EEGF, established in 2008 with $370 million capital).
The money of these funds is invested in projects in Ukraine, Moldova, and Belarus.
In June 2016, OPIC (Overseas Private Investment Corporation) said that the OPIC would provide up to $37.5 million to EEGF III launched by Horizon Capital