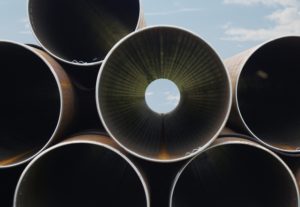 Ukraine’s Interpipe had to initiate the launch of the antidumping investigation by Ukraine regarding imports of steel seamless hot finished pipes from China, as the imports of Chinese pipes in 2018 doubled, and their share of total imports grew to 50-55%.
“We felt threatened by Chinese imports. According to statistics, in 2018, Chinese imports in absolute terms doubled, to about 35,000 tonnes, while in 2016-2017, it amounted to 15,000-16,000 tonnes,” Head of the Trade Investigation Department of the Interpipe group Hlib Brydnia said at the Trade Wars: Art of Protection conference in Kyiv on Thursday.
According to him, the share of Chinese imports of the domestic market also increased significantly.
“Since the state-owned company Ukrgazvydobuvannia somewhat slowed down the pace of drilling, the need for seamless pipes decreased, and this led to a significant decrease in the domestic pipe market. Moreover, the share of pipes from China of total imports grew significantly, according to our estimates, to 50-55%. Therefore, we initiated an investigation,” Brydnia said.
He also said that in case of restrictions on the supply of Chinese pipes to Ukraine, a shortage of this product will not occur.
“We produce all types of pipes for which we initiated the investigation, and we are ready to satisfy all the demand for these products. In addition, consumers can purchase imported products from other countries,” the representative of Interpipe said, adding that Chinese pipes do not always correspond to international standards and there are problems with their quality.