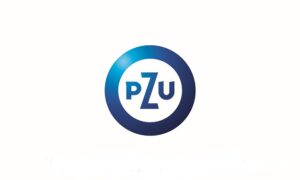 PZU Ukraine Insurance Company (Kyiv) collected UAH 300.729 million in gross premiums in January-March 2022, which is 12.71% less than in the same period of 2021, Standard-Rating RA reports. , updating the company’s credit/financial stability (reliability) rating on the national scale at the level of “uaААА” based on the results of the specified period.
According to him, income from individuals of the insurer remained almost at the same level (increased by only UAH 12 thousand to UAH 208.440 million), and from reinsurers decreased by 26.55%, to UAH 6.405 million. Thus, the share of individuals in the gross premiums of the insurer increased by 8.81 percentage points to 69.31%, while the share of reinsurers decreased to 2.13%.
Insurance payments sent to reinsurers for the first quarter of 2022 compared to the same period in 2021 decreased by 50.26%, to UAH 71.651 million. Thus, the coefficient of participation of reinsurance companies in insurance premiums decreased by 17.98 percentage points, to 23.83%.
The insurer’s net premiums increased by 14.28% to UAH 229.078 million, while earned insurance premiums increased by 34.89% to UAH 272.931 million.
During the reporting period, the company paid out UAH 183.737 million to its customers, which is 32.95% higher than the volume of insurance payments and indemnities made in the same period a year earlier. Thus, the level of payments increased from 40.12% to 61.1%, or by 20.98 percentage points.
According to the results of January-March of this year, IC “PZU Ukraine” received a net profit of UAH 25.352 million, which is 3.42 times higher than in the first quarter of last year.
As of March 31, 2022, the company’s assets decreased by 6.32%, to UAH 2.670 billion, equity increased by 0.49%, to UAH 829.536 million, liabilities decreased by 9.10%, to UAH 1.841 billion, cash and their equivalents increased by 154.96% to UAH 278.220 million.
Thus, as of the beginning of the second quarter of 2022, the company had a sufficient level of capitalization (45.06%), and 15.11% of its liabilities were covered by cash. At the same time, as of the reporting date, the company made financial investments in the amount of UAH 383.148 million, consisting of government bonds (73.01% of the investment portfolio) and deposits in banks with an investment grade credit rating (26.99% of the portfolio), which had a positive effect on its provision with liquid assets, the agency notes.
According to the report, IC PZU Ukraine has the support of one of the largest insurance groups in Central and Eastern Europe – PZU Group (which includes the parent company PZU PZU Ukraine – PZU S.A.). 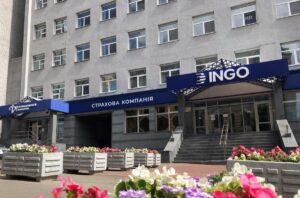 INGO Insurance Company (Kyiv) in January-June 2021 collected more than UAH 966 million in insurance premiums, which is 26% more than in the same period in 2020.
According to the company, in the first half of this year, more than UAH 416.5 million were paid to customers, more than 92,000 insurance events were settled.
The formed insurance reserves of INGO as of June 30, 2021 amounted to more than UAH 1.226 billion, which is 13% more than on the same date a year earlier, the cost of highly liquid assets – UAH 1.929 billion.
The actual solvency margin is UAH 687.1 million, which exceeds the norm by UAH 390.3 million.
The company’s net worth is UAH 32.950 million (more by 5%), the charter capital is UAH 305.543 million.
INGO Insurance Company has more than 25 years of experience in the market. Since 2017, its main shareholder has been DCH business group of Oleksandr Yaroslavsky.
The company has 28 licenses for various types of compulsory and voluntary insurance, and provides insurance services to corporate and retail clients.
INGO is a full member of the Motor (Transport) Insurance Bureau of Ukraine (MTIBU), a member of the American Chamber of Commerce, the European Business Association and the International Chamber of Commerce. 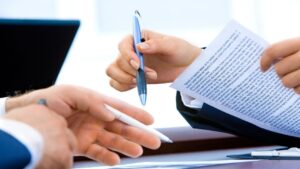 CC Continental City Capital LTD (Cyprus) has announced the acquisition of 40% and 19.08% of the shares of Point insurer (Kyiv), according to information base of the National Securities and Stock Market Commission of Ukraine.
It is also noted that the contract for the purchase and sale of securities with Joint Century Ltd. (Belize) according to which CC Continental City Capital LTD becomes the owner of 392 voting shares or 40% of the charter capital of the insurer was concluded on June 14. On the same day, a sale and purchase agreement was signed with citizen of Georgia Armazi Tavadze on the acquisition of 187 voting shares or 19.08% of Point.
As reported, on April 30, 2021, the National Bank of Ukraine allowed Rati Tchelidze to acquire a significant stake in Point insurer by indirectly owning 56.02% of the shares.
As reported, the supervisory board of the insurance company on April 9, 2021 terminated the powers of chairman of the board Levan Bezhashvili and appointed Daria Havrylytsia to this position.
PJSC Point insurer is the legal successor of CJSC Soborny Capital insurer. It has been working in the insurance market since 2003. The company specializes in risk insurance. 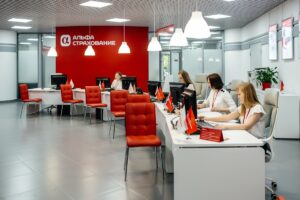 PrJSC Insurance company Alfa Insurance (Kyiv) in January-March of this year collected UAH 355.6 million of gross premiums, which is 22.99% more than in the first quarter a year earlier, the Standard-Rating agency said in the information on the confirmation of the company’s financial strength rating at the level of “uaAA+” on the national scale based on the results of work for the first quarter of 2021.
According to the press release, receipts from individuals for the reporting period increased by 32.58%, to UAH 223.622 million, and from reinsurers – by UAH 591,000, to UAH 666,000. Thus, individuals continue to dominate in the insurer’s client portfolio, as evidenced by their share in gross premiums of 62.88%.
Insurance premiums sent to reinsurers in the first quarter of 2021 more than doubled compared to the same period in 2020, to UAH 2.634 million. As a result, the coefficient of participation of reinsurers in insurance premiums increased by 0.30 percentage points, to 0.74%.
Net premiums collected by the company in January-March increased by 22.62%, to UAH 352.985 million, and earned – by 15.95%, to UAH 308.261 million.
In the first quarter, the company made payments and reimbursements to its policyholders in the amount of UAH 96.590 million (more by 20.78%). Taking into account the outstripping growth rates of gross premiums over insurance payments and compensation, the level of payments decreased by 0.50 p.p., to 27.16%.
The financial result from the operating activities of Alfa Insurance amounted to UAH 2.4 million, and the company’s net profit – UAH 2.309 million.
The insurer’s assets increased by 3.53%, to UAH 785.212 million, equity capital increased by 0.76%, to UAH 307.928 million, liabilities increased by 5.41%, to UAH 477.284 million, cash and cash equivalents decreased by 14.46%, to UAH 367.217 million.
At the same time, the rating agency notes that as of April 1, 2021, the insurer formed a portfolio of government bonds in the amount of UAH 177.559 million, which had a positive effect on its provision with liquid assets, which covered 114.14% of liabilities. 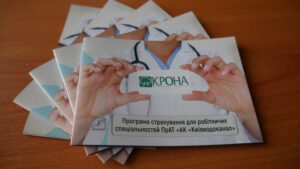 Insurance company Krona (Kyiv) in 2020 collected UAH 117.5 million of insurance premiums, which is 58.35% more than in the same period a year earlier, the rating agency Expert-Rating reported in materials about updating the company’s financial strength rating on the national scale at the level “uaAA-“. According to its data, part of insurance premiums belonging to reinsurers increased by 85.80%, and their share in the structure of gross premiums by 5.20 percentage points, to 35.23%.
The volume of insurance payments and compensations made by the company in 2020 amounted to UAH 34.530 million, which is 18.55% higher than the volume of payments in 2019. At the same time, the level of payments for the year was 29.38%.
The equity capital of Krona for 2020 increased by 24.44%, to UAH 54.110 million, gross liabilities – by 45.59%, up to UAH 29 million. The volume of cash and cash equivalents increased by 19.10%, to UAH 16.160 million. At the same time, taking into account the high growth rates of gross liabilities, the cash coverage of the insurer’s liabilities decreased by 12.39 percentage points and as of the end of 2020 amounted to 55.74%.
The formed current financial investments of the insurer amounted to UAH 3.830 million. They consisted of deposits in banks with investment grade of credit ratings (49.06% of the investment portfolio) and with government bonds (50.94% of the portfolio).
Over 2020, the insurer’s operating profit amounted to UAH 3.030 million, which was 26% less than in 2019. Net profit increased to UAH 870,000.
According to the statements, as of December 31, 2020, the company complied with the criteria and standards established by law for solvency and capital adequacy, liquidity, profitability, asset quality and the riskiness of operations. 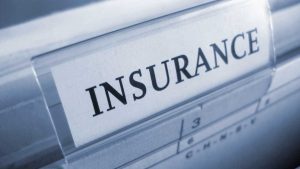 PrJSC Insurance Company Persha (Kyiv) in 2020 collected UAH 451.6 million of gross premiums, which is 12.11% less than a year earlier.
According to Expert-Rating, confirming the financial stability rating of the company at the level of “uaAA” on the national scale, when updating the rating, the agency took into account the analysis of the insurer’s activities for 2020.
At the same time, it is noted that part of insurance premiums belonging to reinsurers decreased by 9.27%, UAH 112.410 million, and their share in the structure of the company’s gross premiums increased by 0.78 percentage points, to 24.89%.
Last year, Persha carried out UAH 215.430 million of insurance payments and compensations, which is 1.98% less than in 2019. At the same time, the level of payments increased by 4.93 percentage points, to 47.7%.
The company’s net worth in 2020 increased by 9.16%, to UAH 136.580 million, and its gross liabilities increased by 7.29%, to UAH 623.970 million.
Cash and cash equivalents on the accounts of Persha as of December 31, 2020 increased by 7.58%, to UAH 318.950 million.
Based on the results of activities in 2020, the company received a net profit of UAH 7.32 million, which is 48.73% less than in 2019. At the same time, the company received loss from operating activities in the amount of UAH 7.17 million.