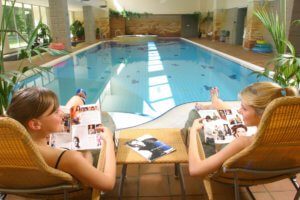 The Social Insurance Fund of Ukraine in H1 2018 sent 16,500 insured persons for rehabilitation treatment, which is 34% more than a year ago. The press service of the fund reported that the figure was made possible thanks to the introduction of the targeted medical rehabilitation mechanism from January 1, 2018. The fund said that since early 2018, the fund covers all working Ukrainians with targeted rehabilitation treatment, which is financed using the money of the fund. At present, 51 health and spa establishments joined the program providing rehabilitation treating using the fund’s money.
Currently the fund is taking care of over 12 million people.
As reported, since January 1, 2018, the number of health institutions sending patients to rehabilitation using the fund’s money almost tripled. Before January 1, 2018, a total of 456 institutions had agreements signed with the fund.
There are around 1,600 health establishments in Ukraine today.