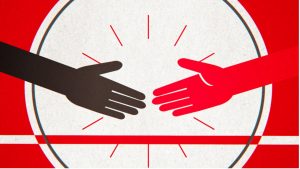 Alfa Insurance (Kyiv) in January-November 2020 collected UAH 1 billion, this is the first such indicator for the period of its work.
According to the insurer’s website, during the specified period, the bulk of premiums from the total insurance portfolio was received from the sale of products for personal insurance and KASKO insurance – 78%, while 22% accounted for insurance of property, cargo, liability, etc.
“Achievement of insurance premiums in the amount of UAH 1 billion in such a difficult year gives confidence in the correctness of the company’s development strategy and customer confidence. As for the product range, the key focus will be on medical insurance. Already, the company’s clients on voluntary medical insurance are more than 110,000 insured. In 2021, it is planned to invest in the digital transformation of current processes and the launch of innovative online solutions,” Viktor Grek, a member of the company’s board, said.
Alfa Insurance was founded in June 2000 and is among the top ten leaders of the Ukrainian insurance market. It offers a versatile portfolio of services, including comprehensive business protection programs and a wide range of insurance products for individuals.
The company has 25 licenses, including 18 for voluntary and seven for compulsory types of insurance. The company’s services are used by about one million customers. 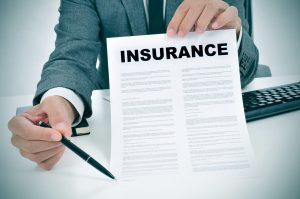 Express Insurance (Kyiv) insurance company collected UAH 306.4 million in insurance premiums in January-September 2020, which is 19.4% more than in the same period a year earlier, the insurer said in a press release.
The volume of compensations paid for this period increased 13.3%, to UAH 106.5 million. Some 79% of clients continued insurance contracts for the next period.
“We pay almost UAH 600,000 every day, observing the new requirements and standards of the market regulator,” Director of Express Insurance Tetiana Schuchieva, whose words are quoted in the press release, said.
In total, in January-September 2020, the company settled 3,544 insurance events under voluntary car insurance (KASCO) policies (a rise of 25.5% year-over-year) and 613 events under mandatory insurance of civil liability of vehicle owners (OSAGO) policies (a rise of 16.1%) with the payment of compensation.
The company’s insurance reserves as of September 30, 2020 grew by 31.4%, to UAH 226.8 million (a rise of 31.4%), assets – by 20%, to UAH 405.6 million, of which highly liquid assets accounted for 75%. Equity capital amounted to UAH 154.6 million, and the actual solvency margin reached UAH 154.3 million, which exceeds the standard indicator by 2.07 times.
Net profit in the first nine months of this year amounted to UAH 32.6 million (a rise of 28.2% year-over-year).
Express Insurance double liability company was founded in 2008 with the participation of the leader of the Ukrainian automobile market – the UkrAVTO Corporation. Most of the events under KASCO and OSAGO are processed according to the “one face to the customer” approach – at the dealer’s service center, without the need to visit the insurance company’s office. 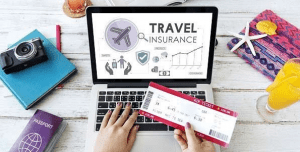 European Travel Insurance (ERV, Kyiv) in three summer months of 2020 insured 63% fewer tourists than a year ago, when over 612,000 tourists were insured, the insurance company has said in a press release.
The number of tourists insured by the company who traveled in Ukraine fell by 58% and those traveling abroad – by 64%. In June-August 2020, ERV insured more than 191,000 tourists who traveled abroad, and more than 35,000 tourists who traveled across the country.
“For the company, as well as for the entire tourism industry, the summer was difficult. It was unrealistic to make any plans in the ever-changing situation on the travel market. Although the borders opened and air traffic resumed early June, tourists are seriously scared by the sad experience of quarantine, they were not in a hurry to plunge into the world of travel again. During the summer, the tourism business learned to work in a pandemic, and tourists got used to traveling in new realities,” ERV said.
According to the company, in general, over the summer period, 1,873 insurance accidents were registered with tourists abroad for the amount of UAH 10,602 and 45 – with those traveling across the territory of Ukraine for a total of UAH 122,000.
If in June only 86 insurance accidents with tourists abroad were recorded, then in August their number increased to 1,417 for the amount of UAH 7.326 million. Of these, 908 cases occurred in Turkey (for comparison: in July, 360 insurance accidents were recorded abroad, 243 of them occurred with vacationers in Turkey, 215 cases occurred in Egypt, 121 accidents occurred with tourists in Bulgaria. Other insured accidents in August were reported with tourists in Croatia (51), Montenegro (31) and Albania (14). 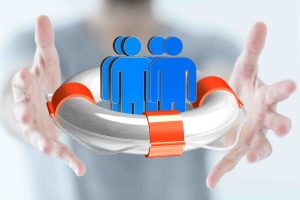 UNIQA and UNIQA Life insurers (Kyiv), members of the non-bank financial group UNIQA Ukraine, paid UAH 82.1 million of insurance claim fees in July 2020, which is 25% more than the amount of payments for June this year, according to a press release from UNIQA.
It is noted that under auto insurance contracts, the total amount of insurance payments in July amounted to UAH 37.4 million (46% of the total payments), of which payments for KASKO amounted to UAH 29.5 million, on OSAGO and DSAGO some UAH 7.9 million.
The total amount of payments under voluntary medical insurance contracts in July was UAH 32.7 million. The amount of payments for life insurance totaled UAH 2.8 million.
The largest sum for July was paid for the KASKO risk in the amount of UAH 1.1 million.
In July 2020, the UNIQA medical assistance processed 85,533 requests from insured clients. In July, technical assistance was contacted by 17,544 clients insured under KASKO, OSAGO, and property risks.
UNIQA Group (Austria) entered the Ukrainian market in 2006. Today its companies, namely UNIQA and UNIQA Life, headquartered in Kyiv, offer most types of risk and life insurance through a nationwide network. 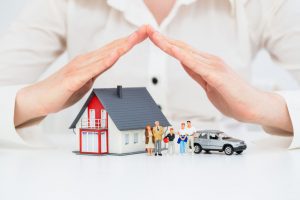 FOREIGNERS WILL NEED INSURANCE FOR ENTRY TO UKRAINE 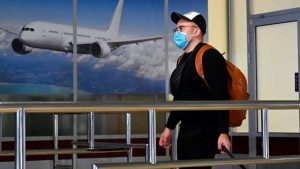 Foreigners will need to have insurance for entry to Ukraine as soon as international flights are resumed, Health Minister of Ukraine Maksym Stepanov has said during a press briefing in Kyiv.
A possibility of testing the passengers for coronavirus (COVID-19) is also being considered.
“Speaking about border crossing and the resumption of international flights scheduled for June 15, we jointly with the Infrastructure Ministry suggest introducing the ‘red’ and ‘green’ zones. The ‘red’ zone will include the countries where the epidemiological situation is worse than in Ukraine, the ‘green’ one is [the countries] with a better situation. The ‘green’ zone foresees observation and self-isolation. In addition, we are considering a possibility of testing, but only by medical workers. At the same time, those who arrive in Ukraine must be insured. We are working on all of these issues,” Stepanov said.