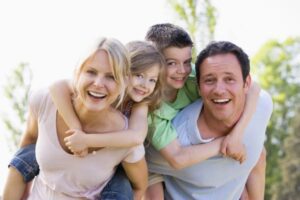 Ukraine has temporarily suspended international adoption during the war, but is grateful to partner countries that provide asylum to Ukrainian children, said Verkhovna Rada Commissioner for Human Rights Lyudmila Denisova.
“There is a request from many countries to adopt our children, but there is a note from Prime Minister Denis Shmygal that we have suspended any international adoption. Because the child has left and may be considered an orphan, but his parents may be found,” Ombudsman Lyudmila Denisova told the agency. Interfax-Ukraine “at the exhibition Russia War Crimes House in Davos during the World Economic Forum.
According to her, there are no problems with Ukrainian children who have left for the partner countries, and Ukraine is grateful for the asylum provided to them and for ensuring their safety.
“Then there will be time to give him (the child – IF) the appropriate status and decide his fate,” – said Denisova.
At the same time, she stated the problem with the forced deportation of Ukrainian orphans and children deprived of parental care to Russia. According to her, such information has been confirmed for 2,161 children.
The ombudsman said that these children had been taken out and were being prepared for adoption by Russian citizens. “This is the genocide of the Ukrainian people. This is clearly established in the Convention against Genocide and defined by the Rome Charter,” Denisova stressed.
Russia War Crimes House is organized by the Pinchuk Foundation and PinchukArtCentre in partnership with the Office of the President of Ukraine, the Ministry of Foreign Affairs, Ukrainian Pravda and the Ukrainian Association of Professional Photographers.