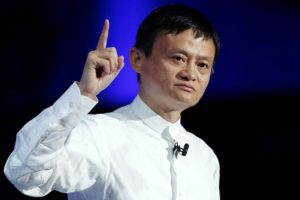 Digital Transformation Ministry of Ukraine is going to examine a real Internet coverage of entire Ukraine and to create a respective online map, Deputy Premier and Digital Transformation Minister of Ukraine Mykhailo Fedorov reported.
“One of the ministry’s aims is within three years to provide all settlements, without exception, and their social facilities with high-speed Internet access … But a problem arose. As in all areas, so far there is no accurate and relevant analytical information in this direction in our country: what exact penetration of the Internet is now, what methodology studies this issue, what are solutions of this issue, what is the real network speed in each region/village/house,” he wrote on Facebook on Tuesday.
According to him, damage to the state from lack of information in this industry can be measured in billions. “Once money was already allocated for connecting schools to the network. As a result, tenders were won in the establishments, where ten operators have been working already. The price is also suspiciously high. Probably, a feature of the local market,” he said.
Fedorov reported that on September 24, the ministry’s team signed a memorandum with interested parties (associations, international business, the regulator, relevant deputies) who are ready to help in creating a real map of the country’s coverage with the Internet.
The deputy prime minister noted that during the meeting the parties determined the format of communication, as well as those responsible. A methodology for studying the problem is already being prepared.
“A valuable final product is an online map with real network coverage, the ability to see the situation right up to the village. Of course, with the ability to give feedback, does the speed correspond to the results of the study or not,” he said.
As reported, according to Fedorov, the introduction of 5G communications in Ukraine today is unrealistic and impractical. The initial goal of the ministry is to complete the introduction of 3G and 4G in the next year or two and provide social infrastructure and all settlements of the country with Internet within next three years.