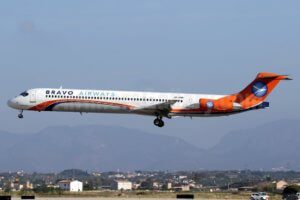 Bravo Airways will launch regular flights to Lublin from Kyiv, Kharkiv and Kherson from June 15, 2018. “We open new flights to Lublin from June 15, which will allow in 1.5 hours safely, comfortably and without changing to get from the airports of Kyiv, Kherson and Kharkiv to Lublin and back,” the airline said on Facebook.
The cost of flights starts from UAH 1,300. The fare also includes transportation of hand luggage and the ability to carry up to 23 kg of luggage free of charge. Regular flights will be available to both directions three times a week from Kyiv and Kherson and twice from Kharkiv.
As reported, earlier Bravo Airways launched charter flights from Kherson to Dalaman (Turkey). Bravo Airways was founded in April 2012. Its core business is passenger transportation on regular and charter routes. Since its founding, Bravo Airways has transported more than 500,000 passengers. The aircraft of the airline are based at Kyiv Zhuliany International Airport. 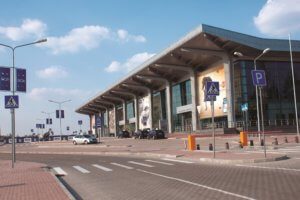 Passenger flow of the Kharkiv international airport in April 2018 totaled 65,300 people, which is 5% more than in April 2017 (61,900). The press service of the airport reported that total passenger flow in January-April 2018 grew to 236,900 people, which is 20% more than a year ago (196,800).
In April, Wizz Air low cost airline returned to the airport. From April 5, 2018, the airline launched direct flights to Dortmund (Germany). In April, the UIA airline also started flying on the Kharkiv-Milan (Italy) route. In addition to new flights, seasonal flights to Antalya (Azur Air Ukraine, UIA and Windrose) were launched. Traditionally popular destinations were Istanbul (Pegasus, Turkish Airlines and Atlasglobal), Kyiv (UIA), Sharm El-Sheikh (Azur Air Ukraine, Windrose and Bravo Airways), Warsaw (LOT), Tel-Aviv (UIA) and Minsk (Belavia).
Kharkiv airport has a runway 2,500 meters long and 50 meters wide. There are two passenger terminals with the capacity of 100 and 650 people on its territory. DCH manages the airport through New Systems AM.