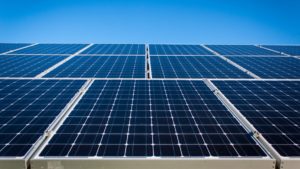 Kness Group, a large EPC (engineering, procurement and construction) contractor in Ukraine, plans to build around 500 MW of capacities of solar power plants in 2019 for various investors, boosting the volume of projects implemented by the company to 1 GW, Kness Group co-founder Yevhen Didichenko said on Thursday during the discussion devoted to the renewable energy in details organized by Golaw law firm.
Didichenko spoke in favor of adopting a law on green auctions, adding that investors will be interested in bidding and receive guaranteed government support for 20 years. According to him, the cost of building solar power plants in the world is decreasing at a higher than expected rate, so the current tariff for the sale of electricity generated by solar power plants is somewhat overestimated.
At the same time, the Kness Group is concerned about the uncertainty of the mechanism for the distribution of quotas of renewable energy. According to Didichenko, the quotas should be set in proportion to bids from different types of generation. Auctions should be held for the two main types of “green” generation – solar and wind – separately.
“Projects in wind power can be very large. As a result, they may either not have enough quotas, or the project will remain completely unfulfilled,” Didichenko said. In his opinion, the volume of quotas should correlate with the volumes of balancing capacities, but today this issue in Ukraine is not raised yet. 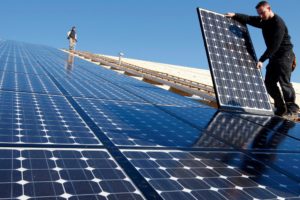 Kness Group, a large EPC (engineering, procurement and construction) contractor in Ukraine, has launched first own solar power plants with a total power capacity of 33 MW, Director General of the group Serhiy Shakalov has said in an interview with the Energy Reform website.
The total investment in construction of the plants was EUR 30 million, including EUR 4.5 million of own funds of the group, and the rest is borrowed funds from Danish IFU and the European Bank for Reconstruction and Development (EBRD).
The major EPC contractor includes the engineering company Podilsky Energy Consulting. The company sells inverter equipment, power collection cabinets, generation monitoring systems and supporting structures for Ukrainian-made solar cell arrays. In February 2019, the group launched a first large solar cell arrays plant in Ukraine.

KNESS TO LAUNCH FIRST OWN SOLAR POWER PLANTS FOR 33 MW 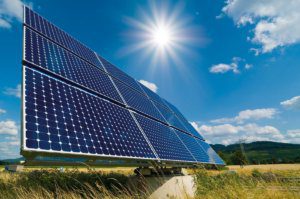 The Kness Group, a large Engineering, Procurement, Construction (EPC) contractor on the Ukrainian alternative energy market, this year started building own solar power plants and soon intends to launch the capacity of 33 MW, Kness Director General Serhiy Shakalov has said. “To a large extent, we started building our own capacities only this year. Now we are commissioning 33 MW. These are our capacities,” he told Interfax-Ukraine. Shakalov said that the group mainly acts as an EPC contractor in projects, building solar power plants for clients according to different financial models.
He said that Kness has already implemented projects with a total capacity of more than 200 MW. “And now about 200 MW are being built, and the plans are great,” the general director said.
Speaking at the Ukrainian Financial Forum organized by the ICU investment group recently, he pointed out the high interest of investors in solar power plants for the period before the introduction of auctions.
“Why interest? Because the business is clear, simple and fairly well insured: almost a state guarantee in the form of state purchases of electricity. Plus a very low OPEX,” Shakalov said.
According to him, Kness (at that time, Podilsky Energoconsulting) first started building alternative energy facilities, and at the beginning of 2016 it almost completely focused on solar energy and “did not miscalculate.”
Shakalov said that even with the introduction of auctions expected after 2020, the construction of a solar power plant still remains interesting, since there is more money, technology and construction companies on the market than it was before. Among the problems he highlighted a lack of quality facilities and qualified personnel, which does not allow scaling projects.
“We are not afraid of the auction system. We are actively preparing for them (auctions). We are looking positively in 2020,” the general director of Kness said. In his opinion, the introduction of the auction system will create another competitive field in which other financial models will compete, although there is no clear understanding yet. Shakalov also said that it will have to compete more with large international companies, and also more actively develop new regions, since the density of implemented projects in Kherson and Odesa regions is already high.