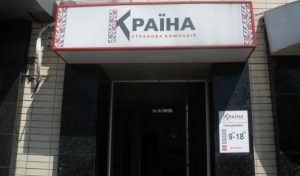 Gross insurance premiums of PJSC Insurance Company Krayina (Kyiv) in January-September 2020 amounted to UAH 392.6 million, which is 24.6% more compared to the same period in 2019, the Expert-Rating agency said, reporting on the renewal of the company’s rating at the level “uaAA + ” on the national scale for the specified period.
According to the report, the share of the company’s insurance premiums held by reinsurers decreased by 19.30%, and their share in the company’s gross premiums fell to 2.29%.
In the three quarters of 2020, the company made 20.48% more insurance payments and compensations than in the three quarters of 2019 – UAH 182.8 million. The level of payments during the specified period decreased 1.59 percentage points, and at the end of the first nine months of 2020 amounted to 46.56%.
As of September 30, the equity capital of Krayina grew by 33.85%, to UAH 155.050 million, and gross liabilities – by 3.79%, to UAH 137.33 million. Due to a significant excess of the growth rate of equity capital in comparison with the growth of the company’s liabilities, the level of coverage by equity capital of the insurer’s liabilities increased 25.36 percentage points, to 112.91%.
The volume of cash and cash equivalents in the accounts of Krayina as of September 30, 2020 amounted to UAH 88.050 million, which is 37.75% more than as of the same date in 2019. Significant cash growth rates amid insignificant growth of the insurer’s gross liabilities led to an increase in the rate of coverage of the company’s liabilities by 15.80 percentage points, to 64.11%.
In the reporting period, profit from operating activities increased 1.86 times, to UAH 39.910 million, and the company’s net profit increased 3.32 times and amounted to UAH 25.860 million.
The agency said that, according to the reports provided, during the analyzed period, the insurer adhered to the criteria and standards of solvency and capital adequacy, liquidity, profitability, asset quality and the riskiness of the insurer’s operations established by law. 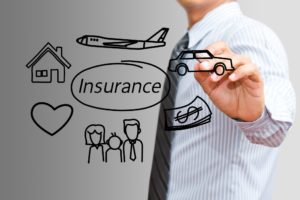 Krayina Insurance Company (Kyiv) in January-June 2019 received UAH 205.1 million of gross insurance premiums, which is 39.46% more compared to the same period in 2018, the Expert-Rating agency has said updating the rating of the company at the level of “uaAA+” according to the national scale for the specified period.
Part of insurance premiums owned by reinsurers grew by 2.4 times and amounted to 3.71%.
Insurance payments for the first six months of 2019 increased by 19.74%. The ratio between payments and gross premiums amounted to 48.26%, which is quite a high level of payments for companies specializing in conventional types of insurance, the agency notes.
The company’s assets as of June 30, 2019 remained practically unchanged and amounted to UAH 234.930 million, gross liabilities increased by 5.5%, to UAH 127.370 million, net worth decreased by 5.56%, to UAH 107.560 million. As a result, the company’s capitalization decreased by 9.89 percentage points, to 84.44%.
Krayina insurer has been operating in the insurance market of Ukraine since 1994. It has licenses for 23 types of insurance.