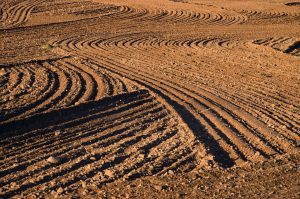 The Verkhovna Rada at an extraordinary meeting has adopted a law on opening the land market from July 1, 2021 with the restriction of its operation in the first three years only to land plots owned by individuals with a maximum ownership of 100 hectares per capita. According to an Interfax-Ukraine correspondent, 259 MPs voted for bill No. 2178-10 on farmland turnover at second reading and as a whole on Tuesday night with the quorum being 226 votes.
The votes for the law were distributed as follows: Servant of the People with 206 votes, European Solidarity with 23 votes, Holos with 13, Dovira with 12, non-affiliated with five votes. The factions of Opposition Platform-For Life, Batkivschyna, and For the Future group did not give a single vote in support.
The document stipulates that from January 1, 2024 legal entities will be able to purchase agricultural land, the concentration threshold per entity will increase to 10,000 ha. The sale of agricultural land of state and municipal property is prohibited.
In addition, banks get the opportunity to obtain land as recovery of collateral, however, such land plots should be sold at auction within two years.
According to the bill, the access of foreigners to the land market will depend on the results of the national referendum.
In addition, it is stipulated that until January 1, 2030 the selling price of agricultural land plots allocated to land plot holders cannot be less than their regulatory monetary value.

62% OF UKRAINIANS AGAINST LAND MARKET 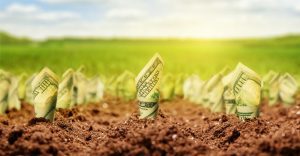 62% of Ukrainians against land market
KYIV. Feb 27 (Interfax-Ukraine) – Some 62% of Ukrainians are against the introduction of the agricultural land market in Ukraine, according to a survey conducted by the Kyiv International Institute of Sociology (KIIS) on February 21-25, 2020.
If the All-Ukrainian referendum on the sale of agricultural land took place next Sunday, 15% of Ukrainians would vote in the referendum “in favor of” the land market, 62% – “against,” and another 18% would not vote.
According to the results of the study, during the period of November 2019 – February 2020, the share of supporters of land sales decreased: 22% in November, 19% in December, and 15% in February.
The survey was conducted using the CATI method (computer-assisted telephone interviews) using a random selection of mobile phone numbers. The sample is representative of the adult population (aged 18 years and older) of Ukraine. The sample does not include territories that are temporarily uncontrolled by the Ukrainian authorities. During the survey, 1,500 interviews were conducted, the sampling error with a probability of 0.95 does not exceed 3%. The data of this study are compared with the results of KIIS surveys, which were conducted from December 15 to December 18, from November 22 to November 25, from November 4 to November 7, from October 9 to October 11, and from September 6 to September 19, 2019.