7% MORTGAGE MAY BE LAUNCHED IN UKRAINE THIS YEAR 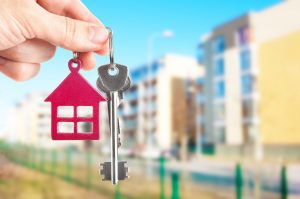 The Cabinet of Ministers, the Ministry of Finance, the National Bank and profile committees of Ukraine are working on the launch of mechanisms for mortgage lending to the population with a fixed rate of 7% and financial leasing at 5%, Deputy Head of the President’s Office Kyrylo Tymoshenko said.
“A few weeks ago, the Cabinet of Ministers decided to launch a mortgage at 7%, now we are working together with the Ministry of Finance and the National Bank to reach an affordable and clear mortgage with a fixed rate […] There should be clear conditions – with a down payment of 20% for a period of 20 up to 30 years,” Tymoshenko said during the all-Ukrainian forum “Ukraine 30. Infrastructure” on Monday, February 22.
He said that several times, a mortgage with a non-fixed rate had been launched in Ukraine, which caused distrust of the population.
“A separate program is financial leasing, which is carried out by the Ministry of Finance with profile committees, at 5%. First of all, for doctors, military, police, socially unprotected segments of the population, and we also hope that we will be able to implement this for internally displaced persons,” Tymoshenko said.
The deputy head of the President’s Office said that financial leasing for internally displaced persons could start in the near future.
“We have found a mechanism for how to implement this. We hope that in the first half of the year, as the president set the task, this mechanism will be launched,” the deputy head of the President’s Office said.

NEW UKRAINIAN ELECTRICITY MARKET SHOULD BE LAUNCHED FROM JULY 1 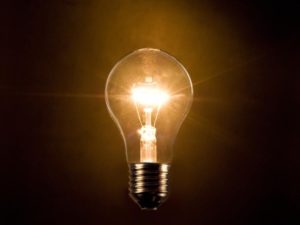 Energy and Coal Industry Minister of Ukraine Ihor Nasalyk is convinced that the new wholesale electricity market should be launched from July 1, 2019, according to the terms prescribed in the law.
“The Energy and Coal Industry Ministry will insist on the introduction of the market from July 1. And we have all the main things for this. If someone is not ready, let them declare it and explain for what reasons they cannot cope with it,” he said on Wednesday in the Verkhovna Rada discussing the launch of the new market.
Nasalyk said that the ministry has developed a draft government resolution, according to which the issue of determining the supplier of electricity under the public service obligations (PSO) is settled, and expects its adoption by the Cabinet before the end of the month.
In turn, Serhiy Bedin, who is responsible for the market introduction at state-owned enterprise Energoatom, confirmed that the company is ready to “partially take this burden.”