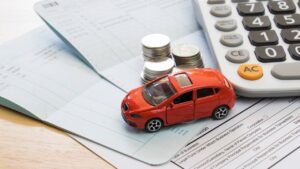 Insurance companies that are members of the Motor (Transport) Insurance Bureau of Ukraine (MTIBU) in January-April 2021 increased the collection of insurance payments under the policies of compulsory insurance of land vehicle owners’ civil liability (OSAGO) by 15.67% compared to the same period in 2020, to UAH 2.103 billion, including under electronic contracts in the amount of UAH 1.074 billion, which is 63.29% more than in 2020.
During this period, the companies entered into 2.775 million OSAGO contracts, which is 10.45% more than in the same period in 2020. Out of the total volume of agreements, some 1.28 million were concluded in electronic format, which is 61.06% more than in the first four months of 2020.
According to the data published on the MTIBU website, the total amount of accrued insurance claims under internal insurance agreements in January-April 2021 grew by 32.57%, to UAH 1.177 billion. In particular, UAH 220.439 million was paid using the European road accident reports, which is 42.75% more than in 2020.
The bureau also recorded an increase in the number of settled claims for insurance compensation by 22.47%, to 58,182, including 20,947 with the use of European road accident reports (30% more).
The MTIBU is the only association of insurers that provides compulsory insurance of land vehicle owners’ civil liability for damage caused to third parties. The bureau members are 48 insurance companies.