Milk Alliance has invested EUR 1 million in launching a mozzarella production line with a production capacity of 10 tonnes of product per day.
“We have the Big Construction project this year. The smiling Italian technologist in the photo is finishing setting up the automated line of COMAT for the production of mozzarella … Until the end of October, it will be in trade. It is one of the reconstruction projects in 2020. The investment is EUR 1 million. Some 10 tonnes of product per day. We focus on both the domestic market and export,” co-owner of Milk Alliance Oleksandr Derkach said on his Facebook page.
Milk Alliance was established in June 2006 as a holding company with a charter capital of UAH 23.5 million and a 99.9% balance sheet consisting of long-term financial investments.
Milk Alliance in the first half of 2020 increased output of dairy products by 4% compared to the same period in 2019, to 76,950 tonnes, while 7,940 tonnes of products were exported, which is 27% less than for the same period in 2019. 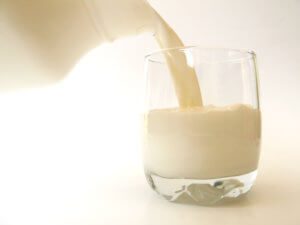 The Milk Alliance Group next year plans to develop the lactose free product line, Chairman of the supervisory board of the group Serhiy Vovchenko has said.
“Now it is only the milk under “Yahotynske for Children” trademark. We will transfer it to retail stores in the second half of November. The price of milk is based on the cost of production of this product. Our basic wholesale selling price is UAH 36. What price the retail chains will set depends only on them. Next year we will develop a line of lactose free products, including dairy products,” he told Interfax-Ukraine.
According to Vovchenko, the group has already made the necessary investments in the launch of lactose free products.
“We are completing the reconstruction at the baby food factory. This year we have already invested almost UAH 70 million in the baby food factory and this is not everything that is to be funded. There will be more expenses before the end of the year,” the chairman of the supervisory board said.
In addition, Vovchenko said that the Milk Alliance does not plan to produce vegan milk.
Milk Alliance unites Pyriatyn cheese factory, Bashtanka cheese factory, Horodenka, Trostianets, Novoarkhanhelsk and Zgurivka cheese factories, Zolotonosha butter factory, Yahotyn butter factory, Varvamaslosyrzavod, as well as Etalonmolprodukt and Etalon trade house sales companies. 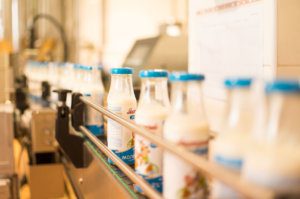 The Milk Alliance Group preliminarily plans to boost investment by over 20% in 2018 compared with 2017, to UAH 148 million. “Last year, we spent UAH 122 million on capital investments and the development of our enterprises. This year we planned UAH 148 million, but I see that we will spend about UAH 170 million. We have not yet invested in line with the capital investment plan, since the appetite comes with eating Chairman of the Supervisory Board of the Group Serhiy Vovchenko told reporters. Total capital investments of the group since 2012 have amounted to UAH 485 million.
According to the head of the council, in the second half of 2018 a new line will be launched at the Bashtanka Cheese Factory.
“Under the order of the Arab countries, we have started making mozzarella, which is subject to deep freezing, in blocks for their pizzerias. Now they also asked for grated frozen cheese and mozzarella. This equipment for slicing and shock freezing will cost about EUR 70,000. We have already ordered the equipment. It was made for us under an individual order,” Vovchenko said.
The chairman of the council said that the plans to expand the capacities at the Yagotyn butter factory and the plant for the production of the Yagotynske dlia Dietei brand.
“This year in Yagotyn we are completing the project of a high-tech warehouse. The construction stage was completed before the New Year. Now we are equipping it with process automation, storage and shipment units. We are talking about logistics processes. This is a multimillion-dollar investment. At the Yagotyn factory we will install a new cold room for butter this year,” Vovchenko said. He said that the group plans to increase the area of the Yagotynske dlia Dietei plant by 30% (village Zgurivka, Kyiv region). “We are increasing the plant’s area, first of all, to improve logistics. We intend to install one more ultrafiltration unit and an additional packaging line for “spoonful yogurts” where we can produce up to eight tonnes of products per day. The technical capacity will increase by 15%,” Vovchenko said.
He said that the group seeks to finish the project in Q3 2018. “We have stopped producing milk in glass bottles. It is expensive in production, and instead we launched another packaging line last year. Now we have milk and cream in packages for 200 grams. This year we are putting a new line ordered in Israel, for the Hopsy trademark, “spoonful yogurts” and desserts. It will cost us $1 million with installation,” he said.
Milk Alliance was established in June 2006 as a holding company with a charter capital of UAH 23.5 million and a balance sheet, 99.9% of which consists of long-term financial investments.