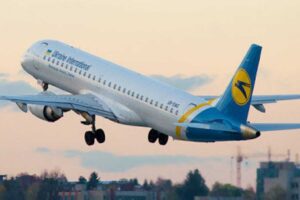 Malta has closed the entrance for tourists from Ukraine, the Ministry of Foreign Affairs of Ukraine reported.
“Travel is prohibited. To enter the country, you must obtain a special permit, which is issued under exceptional circumstances,” the statement on the website of the Ukrainian Foreign Ministry tripadvisor.mfa.gov.ua. reported.
It is indicated that from now on, only citizens of Ukraine are allowed to enter Malta who have valid Maltese ID or Residence card documents and have a permanent residence in Malta and have a valid recognized vaccination certificate or are under 12 years of age and may request to be quarantined in an alternative location, provided that meet certain criteria.
In particular, no more than four additional persons will live at the place of quarantine (except for those who will be quarantined); Persons who are 12 years of age or older who live at the same address as those returning from the dark red zone countries, will be fully vaccinated.
Non-residents of Malta of any age who must undergo quarantine, unvaccinated residents of Malta from 12 years of age traveling from countries of the dark red zone and those who are not allowed to undergo quarantine in an alternative location must undergo a 14-day quarantine at hotels officially approved by the Ministry of Health of Malta, exclusively at your own expense. 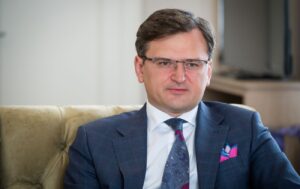 Minister of Foreign Affairs of Ukraine Dmytro Kuleba held a telephone conversation with Minister of Foreign Affairs of the Islamic Republic of Pakistan Shah Mehmood Qureshi, the parties agreed to hold the first ever meeting of the joint economic commission.
“The heads of Ukrainian and Pakistani diplomacy agreed to hold the first political consultations of the foreign ministries and the first ever meeting of the Joint Ukrainian-Pakistani Commission on Economic Cooperation,” the press service of the Ukrainian Foreign Ministry said on its website.
Kuleba also said that it was Ukrainian traders who exported the critically needed volume of grain, which compensated for two-thirds of the deficit during last year’s food crisis in Pakistan. Thus, the minister said that Ukraine is ready to increase export volumes, in particular, together with Pakistan, to develop trade with other countries in the region.
“The ministers expressed a common desire to significantly increase the number of Pakistani students coming to study in Ukraine. The parties exchanged invitations to make visits,” the ministry said in the statement. 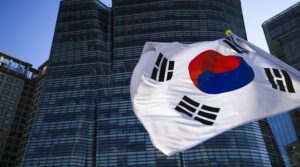 Deputy Minister of Foreign Affairs of Ukraine Yevhen Enin received copies of credentials from the newly appointed Ambassador of the Republic of Korea to Ukraine Kim Heejoon.
“The Deputy Minister congratulated the Ambassador on the beginning of his diplomatic mission in Ukraine and expressed hope for further development and strengthening of Ukrainian-Korean relations,” the press service of the Ukrainian Foreign Ministry said.
Enin also acquainted the Korean diplomat with the Crimean Platform initiative, designed to unite the efforts of Ukraine and international partners in the de-occupation and reintegration of Crimea, urging them to join its practical implementation.
In particular, Enin and the ambassador agreed on the priority steps for the preparation of the Partnership Strategy of Ukraine and the Republic of Korea for 2021-2025, intensification of high-level political dialogue, revitalization of inter-parliamentary ties, interaction within the framework of the Intergovernmental Ukrainian-Korean Commission on Trade and Economic Cooperation.
“The parties agreed on the need for a fuller use of the existing potential of bilateral economic relations, an increase in the inflow of Korean investments in the production sectors of the Ukrainian economy, the implementation of joint projects. In the opinion of Yevhen Enin, special attention should be paid to the promotion of innovative projects related, in particular, to production, storage and the transportation of “green” hydrogen, the introduction of digital transformations, electric vehicles,” the Foreign Ministry reported.
The Deputy Minister and the Ambassador also discussed joint events in the context of celebrating the 30th anniversary of the establishment of diplomatic relations between Ukraine and Korea in 2022. 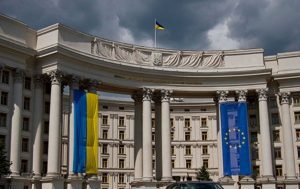 The Ministry of Foreign Affairs of Ukraine is preparing changes to the diplomatic buses use rules, Ukrainian Foreign Minister Dmytro Kuleba has said.
“On my behalf, changes are already being made to the diplomatic buses use rules. We are considering various options. This is the possibility of sealing buses, tracking their movement, fixing a clear description of what is on board of such a bus,” Kuleba said at an online briefing on Friday.
He said that now the new rules are being developed by lawyers.
“We will do everything to ensure that our diplomatic transport is used exclusively for its intended purpose. I cannot guarantee the integrity of each of 2,000 employees of the Ministry of Foreign Affairs, but I assure that everyone who behaves like a dishonest person will be responsible for this,” the minister said.
The head of the ministry also said that the anti-corruption risk of using the vehicles of the Ministry of Foreign Affairs will be increased from medium to high. “In the new anti-corruption strategy, this problem will receive the most careful attention. Within the framework of the Ministry of Foreign Affairs, we will increase the responsibility not only of those people who can be “caught hot,” but also of their superiors for such cases,” he said.
Kuleba also said that the employees of the Ukrainian Embassy in Poland, involved in the attempt to smuggle goods across the border, were fired from the embassy. “I have already informed that both employees who were on this bus have been dismissed from the Ukrainian Embassy in Poland. Their work at the embassy has ended. Now, in accordance with the current legislation, disciplinary investigation into their actions is ongoing, and based on the results of this investigation, I will be ready make the toughest decisions,” he said.
The minister also said that the Foreign Ministry will be absolutely open to interaction with law enforcement agencies and will help them find out all the circumstances of this case and conduct an investigation as much as possible.
“No one has the right to cast a shadow on thousands of Ukrainian diplomats who honestly and diligently work to protect Ukrainian interests, the interests of Ukrainian business, Ukrainian citizens in the world,” Kuleba said, pointing out that everyone who tries to cast such a shadow will be announced persona non grata in Ukrainian diplomacy.
As reported, in the morning on March 1, the Minister of Foreign Affairs of Ukraine recalled two current employees of the Ukrainian Embassy in Poland, who were involved in an attempt to smuggle goods across the border. 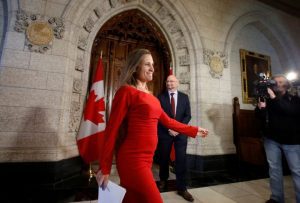 Minister of Foreign Affairs of Canada François-Philippe Champagne will visit Ukraine with a working visit on March 4.
The visit will last until March 6, the press service of the Department of Foreign Affairs and International Trade of Canada reported.
“In Kyiv, Ukraine, Minister Champagne will meet with Volodymyr Zelenskyy, President; Oleksiy Honcharuk, Prime Minister; and Vadym Prystaiko, Minister of Foreign Affairs, to discuss the close ties between our two countries, the on-going threats to Ukraine’s security and territorial integrity as well as our support for economic and democratic reforms in Ukraine,” the press service said.
Minister Champagne will also speak with his counterpart about joint response of Ukraine and Canada to the Flight PS752 tragedy in Iran.
Champagne will also visit troops deployed to Operation UNIFIER at the International Peacekeeping and Security Centre in Yavoriv, Ukraine.