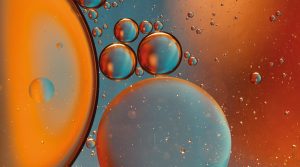 The structure of consumption of motor fuels in Ukraine needs to be corrected in order to maximize the use of oil refining capacities, equalize the trade balance and increase tax revenues, according to the A-95 Consulting Group (Kyiv).
According to the group, the main distinguishing feature of the Ukrainian fuel market is the high share of liquefied petroleum gas (LPG), which has reached a world record 33% in the retail sales of motor fuels. In terms of the use of LPG in transport, Ukraine is one of the five largest on the planet – in 2020 the consumption of LPG will exceed 2 million tonnes.
“The Ukrainian basket of motor fuels is atypical from the point of view of world practice and gives rise to a number of serious problems. These are, first of all, the decline and quite likely disappearance of domestic oil refining, a decrease in tax revenues, an increase in imports of liquefied gas and diesel fuel from Russia and Belarus,” Director of the A-95 consulting group Serhiy Kuyun said.
In his opinion, the main reason for the disproportion in the consumption of petroleum products is unbalanced taxation. The excise tax on LPG is four times lower than on gasoline – EUR 52 against EUR 213 per 1,000 liters, which is almost half the excise tax on gasoline and the tax on diesel fuel – EUR 139.5 per 1,000 liters. This curving has led to a distortion in consumption, as fuel with low excise duty becomes more attractive to consumers: from 2013 to 2019, consumption of liquefied gas increased by 115%, diesel fuel – by 17%, while gasoline consumption fell by 43%.
“The huge demand for LPG and diesel fuel stimulates their imports, more than 70% of which comes from Russia and Belarus. Meanwhile, Ukrainian refineries operating on Ukrainian and non-Russian imported raw materials are loaded by less than 50%. They cannot sell gasoline, but refuse from its production is impossible due to technology,” Kuyun said.
At the same time, the transition of consumers to low-tax fuels also affects the national budget, since excise taxes on oil products are the main source of filling the road fund, from which the construction and repair of roads are financed.
To reach the optimal basket of petroleum products consumption, the excise rates need to be adjusted. According to the calculations of the A-95 Consulting Group, if today the excise tax on gas is 24.4% of the excise tax on gasoline, then in order to solve the problem of balanced oil product supply, this ratio should be at least 70-75%. At the same time, the excise tax on diesel fuel can be left at the current level.
The transition to a new consumption structure should be smooth, which will take at least five years. “Gasoline will become more affordable, liquefied gas will rise in price, but it will retain its price attractiveness. Refineries will receive a development perspective, the market will reduce dependence on imports, and the state will receive additional taxes,” the A-95 group said.