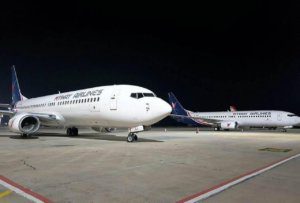 The new Georgian Myway Airlines from October 5, 2018 will launch regular flights to Kyiv (the Boryspil international airport) from Tbilisi, the airline wrote on its Facebook page on September 12. The regular Tbilisi-Kyiv-Tbilisi flights will be serviced twice a week – on Mondays and Fridays. From October 24, Myway will add one more flight on Wednesdays.
Myway Airlines was founded in 2018. It is a project of China’s Hualing Group.
Its fleet consists of two Boeing 737-80 aircraft.

MYWAY AIRLINES TO LAUNCH REGULAR FLIGHTS TO KHARKIV FROM TBILISI, BATUMI IN JUNE 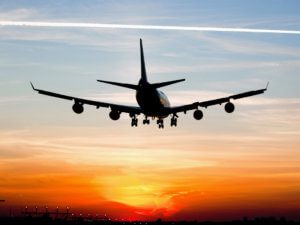 New Georgia’s Myway Airlines will launch regular flights to Kharkiv from Tbilisi and Batumi in June 2018, the airline has reported.
The airline will fly on the Tbilisi-Kharkiv-Tbilisi route from June 12 twice a week (on Tuesdays and Saturdays) using Boeing 737-800 planes.
The regular Batumi-Kharkiv-Batumi flights will be also serviced by Boeing 737-800 twice a week – on Wednesdays and Saturdays – from June 13, 2018.
“We should say that Kharkiv would not be the only destination in Ukraine. By the end of this year the airline seeks to launch flights to Kyiv,” the airline said.
Myway Airlines’s fleet consists of two Boeing 737-800 planes. The airline will receive the third plan early July and the fourth in December.
Myway Airlines was founded in 2018. This is a project of China’s Hualing Group.