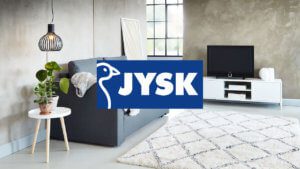 JYSK Ukraine LLC (Kyiv), which develops the network of JYSK furniture and household goods stores of the JYSK Group (Denmark), plans to open about 12 stores in Ukraine every year. “We have opened five stores this financial year (September 1, 2017 through August 31, 2018) and are working on opening two more JYSK stores in Kharkiv in August. On average, we plan to open 12 stores annually. We need, conditionally 10 years In order to close the needs of the Ukrainian market. Starting in September, all JYSK stores will be opened in the 3.0 new format. All the working stores will be rebuilt within six years,” CEO of JYSK Ukraine Yevhen Ivanitsa told Interfax-Ukraine.
As he specified, in 2012 the parent company JYSK bought out all the franchise stores of the network in Ukraine and went through an independent development.
Ivanitsa says the company did not study how the Swedish retailer Ikea will influence the development of JYSK in Ukraine, but the experience of JYSK in other countries indicates that the European competitor’s entry into the market had no negative impact on sales dynamics.