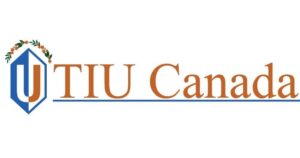 Judges of the Pivdenny Economic Court of Appeal Vitaliy Korsak, Olha Popikova and Oleksiy Yevsikov, appointed to consider the case on the illegal disconnection of the solar power plant of Nikopol Ekoteknik (TIU Canada) by of the Nikopol Ferroalloy Plant, rejected themselves, the Canadian company said in a press release.
As TIU Canada recalled, the company had previously filed a motion to dismiss Korsak, Popikova and Yevsikov from the hearing the case “because of warnings about the connection between the latter and oligarch Ihor Kolomoisky, who is included in the list of persons subject to U.S. government sanctions.”
Although the lawyers’ claim was not satisfied, the judges voluntarily announced their withdrawal from the case. This means that other judges will be appointed and a new date for the hearing will be scheduled, the company said in the press release.
Today, the company got a small victory in a big war. TIU Canada will continue its fight for justice in accordance with the law, TIU Canada President Michael Yurkovich said. 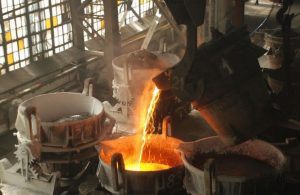 Nikopol Ferroalloy Plant (NFP, Dnipropetrovsk region) in January of this year reduced production by 3.9% compared to the same period last year, to 40,270 tonnes.
As the Ukrainian Association of Producers of Ferroalloys and Other Electrometallurgy Products told Interfax-Ukraine, in January 2021, the plant increased the production of silicon manganese by 0.3%, to 37,830 tonnes, but reduced ferromanganese and other ferroalloys by 42.2%, to 2,440 tonnes.
In December, the plant produced 36,230 tonnes of ferroalloys, in November – 35,180 tonnes, in October – 35,480 tonnes, in September – 35,200 tonnes, in August – 35,340 tonnes, and in July – 52,430 tonnes.
Earlier, during conference calls, Director General of Nikopol Ferroalloy Plant Volodymyr Kutsyn announced an increase in demand for ferroalloys, so the planned target for February was increased.
At a meeting held on February 16, it was noted that the plant was fulfilling the planned target for February in the amount of 48,000 tonnes. Heating of three more ovens also continues.
“Heating is proceeding according to the schedule: furnaces No. 7 and 16 are heated up by 60%, furnace No. 8 – by 40%,” the Electrometallurg newsapaper said, citing the head of the production and technical department.
As reported, Nikopol Ferroalloy Plant in 2020 reduced production by 29.1% compared to the previous year, to 513,320 tonnes. 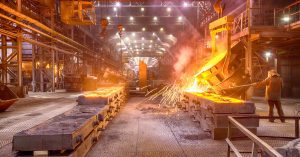 Nikopol Ferroalloy Plant (NFP, Dnipropetrovsk region) in 2021 plans to increase the investment program by 5.7% compared to the previous year, to more than UAH 317 million from UAH 300 million.
“In 2021, we plan to raise more than UAH 317 million, which will be allocated both for the implementation of system programs and new projects,” Deputy Chief Engineer for investment activities at Nikopol Ferroalloy Plant Valeriy Honcharov said in an interview with the Electrometallurg corporate newsapaper.
“The plant’s development program for 2021 is a continuation of the 2018-2020 strategy. It focuses on funding for the completion of long-term measures in 2020, the implementation of short-term measures for problem areas, the continuation of the implementation of measures aimed at energy saving and additional profit, as well as a set of measures for IT development,” Honcharov said.
In addition, the program for including a metallized slag sampling device, a magnetic separation unit in the production stream, as well as a project to manufacture and replace a bucket conveyor at crushing and sorting complex No. 2 will be continued.
As part of the obligations under the environmental program, the plant will continue the reconstruction of a number of gas purifiers, as well as begin designing the reconstruction of gas purifiers at the head parts of sintering machines No. 1-4 with the installation of bag filters, Honcharov said. According to him, it will be a large and long-term project, planned until 2027.
The purchase of heavy equipment will be continued. It is also planned to implement a project to install a transport control system for diesel locomotives and vehicles.
As part of the modernization of the plant’s systems in 2021, it is planned to allocate about UAH 11 million for the IT development of the plant. Also this year it is planned to introduce a car labeling system.
“In general, the implementation of investment measures in 2021 will ensure the production of ferroalloys in the required volumes and continue the course to maintain the state of the main facilities of the enterprise with improved technical and economic indicators, as well as, if necessary, increase the production and shipment of finished products,” the deputy chief engineer said. 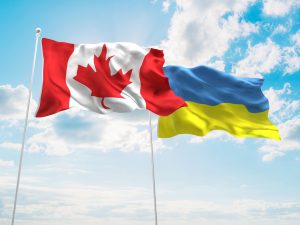 TIU Canada, a leading solar energy producer in Ukraine, has sued the Nikopol Ferroalloy Plant (NFZ) for illegally disconnecting its 10.5 MW solar station from the electricity grid. Despite Ukrainian energy laws that prevent electricity producers from being disconnected from the energy grid without their permission, the NFZ illegally cut TIU Canada’s connection on March 1, 2020. TIU Canada is seeking an immediate reconnection to the electricity grid and plans to hold the NFZ and its shareholders fully accountable under the laws of both Ukraine and Canada. The main shareholders of the Nikopol Ferroalloy Plant are Igor Kolomoyskyi, Gennadiy Bogolyubov, and Viktor Pinchuk.
The Nikopol solar station owned by TIU Canada is on land leased long term from the city of Nikopol, however, entry to the facility is through a gate controlled by the NFZ. The solar plant connects to a substation on the grounds of the NFZ and later connects directly to the regional electricity transporter DTEK Dnipro Grids JSC. On December 23, 2019, TIU Canada received a letter from the General Director of the NFZ, that they would be disconnecting the TIU Canada connection to DTEK Dnipro Grids JSC via the substation on the grounds of the NFZ in order to make ‘repairs.’ The NFZ stated that they would begin the repairs after February 29, 2020, and TIU Canada immediately contacted the NFZ to seek solutions to avoid any disconnection. However, despite multiple discussions, the NFZ management and shareholders proceeded with disconnecting TIU Canada from the substation on the morning of March 1, 2020. This illegal disconnection has caused more than 1.5 million Euros of damage to TIU Canada already and increases daily.
The next hearing of the case will be December 16 and likely continue in the coming weeks. TIU Canada CEO Michael Yurkovich said, “this is a clear case of oligarchs pressuring a foreign investor and trying to steal assets. As a leader in corporate social responsibility in Ukraine, we had hoped this was a thing of the past in Ukraine, unfortunately, such practices continue. Nonetheless, we are mustering our resources and will fight this case in Ukraine, Canada, or any jurisdiction needed to win. Corruption must not be allowed to continue in Ukraine, and the rights of investors must be protected.” It should be noted that on July 3, while speaking to the Economic Club of Canada, Ukrainian President Volodymyr Zelensky praised the work of TIU Canada at the Toronto Ukraine Reforms Conference. He said, “We think about the future, that is why green energy will be one of the key sectors of our economy during the upcoming years. I know that we have here Canadian company TIU that already successfully works in this area. We are grateful to them for this – please, follow their example”. This case now becomes a test of President Zelensky’s commitment to protecting foreign investors in Ukraine from illegal disconnection and corrupt actions.
TIU Canada is owned by the Calgary based Refraction 1 Fund and has been working in Ukraine since 2016. The company commissioned a 10 ½ megawatt solar energy plant in Nikopol, Ukraine, in January 2018, and an 11-megawatt solar station in the Mykolayiv region in April 2019. An additional 33 megawatts of solar electricity production have been commissioned in the Odesa region, for a total of 54 megawatts nationwide. TIU Canada has invested more than $65 million in Ukrainian solar energy over the last four years and was the first investor in Ukraine under the Canadian Ukrainian Free Trade Agreement (CUFTA).
TIU Canada directly and through its subcontractors employs more than 30 people in Ukraine whose jobs are now threatened by this illegal disconnection.